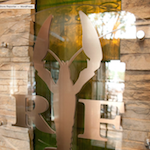 The prediction we made in last week’s issue has come true: Chef Robert Wiedmaier, the man behind Brasserie Beck, Mussel Bar & Grille and Wildwood Kitchen, is expanding his territory to Potomac Village. Wiedmaier’s RW Restaurant Group  has agreed to buy The Tavern at River Falls, which lost its manager last year when Jeff Grolig exited the business and closed his neighboring River Falls Market. (Click here for more on that story.) In recent months the restaurant has been run by Grolig’s father, a retired firefighter who admits he was in over his head. “I’m 72 years old, I know nothing about the restaurant business, and I’m at a stage in my life where I can’t be losing money,” Grolig says. “Selling this restaurant is going to leave a hole in our hearts, but it’s probably for the best.” Staff changes have already begun: A manager from Wiedmaier’s company started work this week, and there will likely be some updates to the menu. But for now there are no plans to change the restaurant’s name. 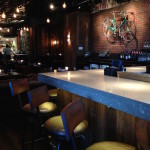 Win a gift card to the new Stella Barra Pizzeria

This week we’re giving away three $25 gift cards to Stella Barra Pizzeria, a new addition to the Pike & Rose development in North Bethesda. The dinner-only restaurant offers artisan pies (shaved mushroom with gruyère, anyone?) and an extensive beer and wine list. The winners will be chosen at random, but you must be a Store Reporter subscriber to participate. Click here to enter by email (subject line: Stella Barra) or click here to enter via Facebook. Update: Store Reporter readers Tammi Cortez, Helaine Shabrin Groeger and Scott Reilly won this giveaway. Stay tuned to Store Reporter for your chance to win the next one. 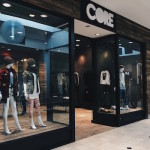 Where to get that Kardashian look

Core, a clothing store targeting Millennials who take their fashion cues from the Kardashians, has opened in the former Burton space near the Dining Terrace at Westfield Montgomery Mall. “We specialize in emerging streetwear brands from Los Angeles, England and Australia,” says co-owner Kevin James, who studied fashion at The Art Institute of Washington. “Our customers are people who look at the Kanye Wests, the Kim Kardashians and the Rihannas and want to look like them.” James and his business partner have another Core store in Wheaton, and they hope to open a third in Los Angeles. 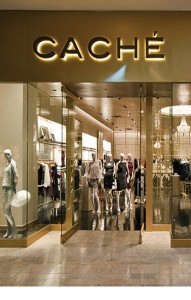 Caché will stay — for now

Caché, the women’s clothing chain known for its dresses, has been closing stores across the country after filing for Chapter 11 bankruptcy protection earlier this month. But Caché employees at Westfield Montgomery Mall say that location will remain open through prom season and beyond. “We are definitely not going to be one of the stores that’s closing,” one manager told us emphatically. Caché joins a growing list of clothing retailers that have filed for bankruptcy in recent months. Among them was the teen store Wet Seal, which closed its Montgomery Mall store over the holidays. 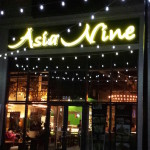 Congrats to the winner of our Asia Nine giveaway

Congratulations to Store Reporter reader Julie Mustelin, who won our dinner-for-two giveaway at Asia Nine, the Penn Quarter restaurant that recently opened a second location at Gaithersburg’s Downtown Crown development. If you didn’t win but would like to see what’s cooking at Asia Nine, click here for more info. 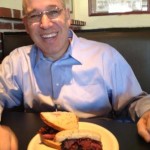 Our Reader Favorite section is the perfect place to tell us about that dish you dream about, that dessert you crave, or that go-to gift from your favorite little shop. Click here to share your favorite — and read on to learn about Andy Baron’s.

Andy Baron, a Potomac banker, is a big fan of delis. Close to home, his favorite is Brooklyn’s Deli at Potomac Woods Plaza, 1089 Seven Locks Road. “It’s the kind of old-school place where the owner walks around and wants people to taste what he’s made,” Baron says. His standing order is the weekday-only sandwich special shown here: half corned beef/half pastrami on rye, served with mustard and a half-sour pickle. “The pastrami at Brooklyn’s is hand-cut, and the corned beef is really lean,” Baron says. “I’d put it up against any deli from here to New York.”