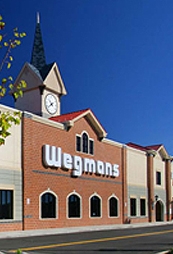 The latest on White Flint

The biggest mystery on Rockville Pike right now: What’s going to happen to the White Flint Mall? Three years have passed since the announcement that White Flint would be replaced by an open-air mix of retail, restaurants, offices and living space. Bloomingdale’s closed in 2012, followed by a two-year parade of departures that left only three survivors: Lord & Taylor, Dave & Buster’s and P.F. Chang’s. So what’s next for White Flint? Nothing has been announced yet — not even a demolition date — but we’re here to tell you what we know. We’re hearing that Wegmans — the uber-popular grocery store with the cult following — has signed a deal to open at White Flint in 2017. The new store would be roughly triple the size of a typical Giant or Safeway, leaving plenty of room for the specialty departments that Wegmans fans rave about: Sushi bars. Olive bars. Coffee bars. Cheese bars. Fresh pizza, gourmet sandwiches, restaurant-worthy prepared foods, top-notch baked goods, eye-popping bins of bulk candy… we could go on, but we’re getting hungry. Wegmans, which opened a store in Germantown last fall, has been trying for years to move into our area. Looks like it’s really happening this time. 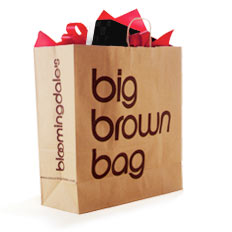 They say you can’t go home again, but there’s a chance that Bloomingdale’s will do just that. The store’s closing left a void for Bloomie’s fans, who must drive to Tyson’s or Chevy Chase when they can’t find what they’re looking for at sister store Macy’s. There’s talk now that Bloomie’s might return to its old home with a brand-new store at the White Flint Mall. The mall’s other original anchor, Lord & Taylor, is expected to keep its existing building. So is P.F. Chang’s. But the future is less clear for Dave & Buster’s, which like Lord & Taylor has sued the mall’s owners over redevelopment plans. 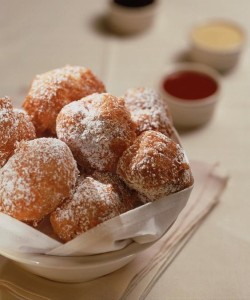 Another slice of Cheesecake?

It looks like White Flint Mall may not have seen the last of Cheesecake Factory. The mega-popular restaurant relocated late last year to new digs at Westfield Montgomery Mall. But now we hear that Cheesecake’s owners are considering White Flint for their higher-end concept, Grand Lux Cafe. With a flagship location in Las Vegas and 10 more nationwide, Grand Lux has a Cheesecake-style massive menu specializing in Thai, Malaysian, Caribbean and other international cuisines. The on-site bakeries get great reviews, especially for their New Orleans-style beignets. If this deal happens, you can try one for yourself in about three years.