There’s lots of excitement at Westfield Montgomery Mall this week, with two long-awaited stores opening their doors in the Nordstrom wing. True Religion arrived on Tuesday and Lululemon Athletica opens tomorrow (Oct. 3), kicking off a weekend full of activities including free yoga and Zengo cycling classes onsite. And for those who aren’t stressed about fitting into those skinny jeans and yoga pants: Blaze Pizza is celebrating its recent opening by giving away free pies today (Oct. 2) to anyone who follows the chain on social media.

Almost curtain time for the the ArcLight

Friday, Nov. 7 is opening day for the Westfield Montgomery Mall’s new ArcLight Cinema — just in time to feature the Disney flick Big Hero 6 and the sci-fi movie Interstellar. For more on the luxurious new theater, which is designed to cater to film enthusiasts, check out our Sept. 4th issue.

No more Taste of Saigon

Taste of Saigon, a local favorite since 1990, will close its doors at Rockville Town Square later this month. This will be the sixth restaurant — and at least the eighth business — to close in downtown Rockville since the beginning of summer. But this departure won’t leave another empty space: Peter Chang, a well-regarded chef known for his traditional Chinese cuisine, is expected to move in when Taste of Saigon moves out. 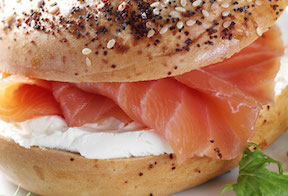 This is a very busy week for local delis and bagel shops, as people mark the end of the Jewish High Holidays (and a day of fasting for some) with platters of bagels, cream cheese and assorted fish. Stephanie Kavadoy, director of operations at Rockville’s Bagel City, says she’s seen a lot of changes in the 17 years she’s been preparing these trays — primarily the decline in requests for traditional items like belly lox, kippered salmon, sable and creamed herring. “The only people who ask for these things now are the older generation and the New York crowd,” she says. “People under 40 haven’t been trained to eat these things. They think sable is slimy. They won’t eat whole whitefish, just whitefish salad. If it doesn’t look attractive, they don’t want to try it. They just want a good, clean, pretty slice of nova.” For more on this topic, click here to read our article in Washington Jewish Week.

If you placed an order with Amazon.com this week, you might have noticed an unpleasant surprise: On Wednesday the company started charging Maryland residents 6 percent sales tax. Now that Amazon is building a distribution center in Baltimore — which gives it a physical presence in this state for the first time — it can no longer waive taxes for online sales in Maryland. The change provides a more even playing field for competing discounters, like Walmart and Target, that have brick-and-mortar stores here. 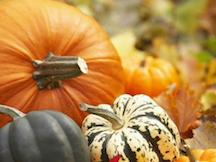 Fall at the Mall

The autumn leaves have started to appear, just in time for the Fall Festival at Cabin John Shopping Center & Mall. This Sunday afternoon, from 1 to 4 p.m., there will be a hay maze, bounce house, face painting, scarecrow-making and more.