Last summer marked the beginning of the Rainbow Loom craze, as children all over the country started plastering their wrists with bracelets they crocheted from tiny colored rubber bands. With school about to end once again, we asked local stores for the scoop on which toys will be capturing our kids’ attention this summer. For more on this topic, check out our Facebook postings from June 18 and July 22. 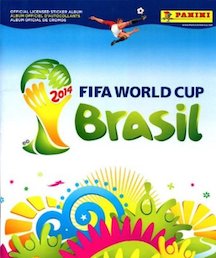 These $2 books from Panini are ready to be filled with stickers featuring 18 players from 32 competing teams, plus other images from the World Cup. The $1 sticker sheets are “something kids can purchase with their own money, which is important,” says Kathy Kingsbury, manager of Toy Kingdom at Rockville Town Square. A Panini World Cup van, stocked with giveaways, sticker-trading opportunities and a giant inflatable soccer goal, will visit Toy Castle at the Cabin John Mall on June 30. 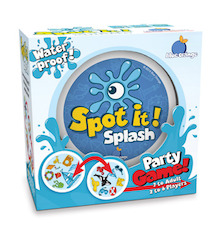 Card games are especially handy in the summer, since they’re easily transportable for families on vacation and kids at sleepaway camp. Kingsbury of Toy Kingdom likes Spot It! Splash (about $15), a new summertime version of the popular game from Blue Orange. “The cards are waterproof so you can take them to the beach, and all the images have beach themes,” she says. Steve Aarons, co-owner of Child’s Play at Congressional Plaza, likes Blue Orange‘s new game BraveRats (about $10), in which rats with special powers battle in “a sort of advanced version of Rock Paper Scissors,” he says. “Kids are going to play this over the summer, and then tell their friends about it when they get back to school.” 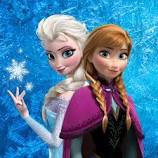 Anything related to these movies (or the Teenage Mutant Ninja Turtles flick that opens in August) is expected to sell well this summer. The surprise here is the longevity of Frozen, which debuted last winter and has yet to see a thaw in popularity. “Disney really did not foresee the response to this movie” and didn’t produce enough Frozen toys to meet demand, says Toy Castle owner Brian Mack. That’s made it tough for locally owned stores to get their hands on Frozen merchandise other than coloring books, sticker albums and the like. “Anything related to that movie is selling out as soon as we get it,” Mack says. 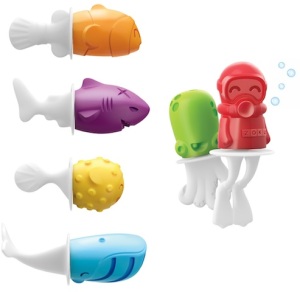 Zoku, whose Quick Pop Maker has become a summer staple these past few years, has expanded its product lineup. The company’s Slush & Shake Makers (about $20) “have been doing incredibly well,” says Aarons of Child’s Play. “You can take anything, pour it inside, stir it, and you’ve got instant slush,” he says. If you don’t care about the instant part, Zoku’s new Fish Pop Molds (also $20) create incredibly detailed popsicles shaped like sharks, puffer fish and other undersea creatures. 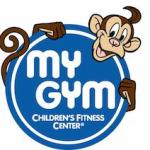 Birthday packages at My Gym

If you know a little one with a birthday coming up, My Gym has introduced a new selection of party packages that take care of every detail: themed paper goods, pinatas, food platters, goodie bags, custom ice cream cakes and more. “It’s easier this way for parents, with more one-stop shopping and the option for add-ons,” says My Gym owner Mandy Lemar.  Store Reporter readers can save $25 on 2014 My Gym parties booked before the end of June. Click here for our coupon page.