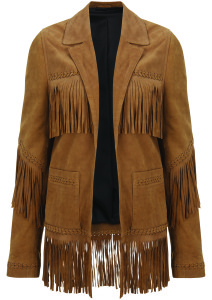 Topshop, the trendy British fashion chain, made its Maryland debut last week as a store-within-a-store at Nordstrom in Westfield Montgomery Mall. The POV department moved upstairs to make room on the store’s first floor for Topshop’s fast-changing mix of up-to-the-minute styles. The Nordstrom/Topshop partnership is designed to grab the attention of younger women with tighter budgets who typically shop at cheap-chic stores like H&M and Forever 21. Starting April 30, Topshop also will feature a higher-end clothing line from model Kate Moss with vintage-style pieces like the $420 suede fringed jacket shown here. If you like Kate’s taste, move fast: Her first collection for Topshop, back in 2007, sold out almost instantly. 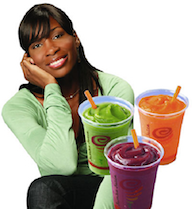 Jamba Juice has finally started up the blenders at its new Rockville store, next to Ruby Tuesday at Federal Plaza on the Pike. In addition to smoothies, the menu includes breakfast foods, sandwiches, wraps and baked pretzels. The Rockville store is a joint venture between the smoothie chain and tennis star Venus Williams, who is working with Jamba Juice as a celebrity spokesperson and D.C.-area franchisee. Williams already has opened two stores in Washington and a third at Westfield Montgomery Mall. She’s expected to make an official appearance at the Rockville store by summer. 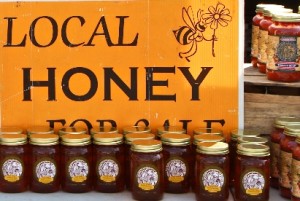 Farm fresh on the Pike

The Pike Central Farm Market makes its spring debut this weekend, featuring 40-plus vendors from Maryland and surrounding states. Participants will be selling everything from hormone-free meats, artisanal cheeses and local produce to live Maine lobsters, Chinese dumplings, New York-style pickles and goat milk soaps. This year the market will be held at a new location — the intersection of Old Georgetown Road and Executive Boulevard — due to construction at the nearby Pike & Rose project. When Pike & Rose is finished, developers say the Farm Market will have a permanent home there. For now, it’s open every Saturday from 9 a.m. to 2 p.m. until late November.