The Corned Beef King rolls back into town

Remember a few months ago when the Corned Beef King food truck appeared on Falls Road near Montrose — and then disappeared the following week? Well, the King is coming back — and this time it sounds like he’s here to stay. “My goal was to get back into Potomac, and I’ll definitely be there by mid-April,” says truck owner Jon Rossler, whose family once owned the Celebrity Delly at Potomac’s Cabin John Shopping Center. Rossler signed a deal last December to operate from the parking lot of the Montgomery Square Copenhaver Swim Club, but he was quickly driven out by neighbors who complained to the county. This time, Rossler says the county has granted him express permission to be there — and he’ll keep the neighbors happy by choosing a less conspicuous parking spot with some tree coverage. “We’ll be there Wednesdays through Sundays from 11 a.m. to 8 p.m.,” he says. “We’ll have an extended menu including matzoh ball soup, chili, mac-and-cheese, hot dogs, and maybe even chicken nuggets.” For more on the Corned Beef King, click here for our Dec. 4th issue.

Last year was a rough one for restaurants at Rockville Town Square — but things seem to be looking up for 2015. The big news this spring is the still-unnamed restaurant from famed Chinese chef Peter Chang, opening soon in the former Taste of Saigon space on Maryland Avenue. Meanwhile, two more eateries have announced plans to open over the summer. First up is Samovar, a new venture from a father/daughter team that currently handles catering for the Tajikistan Embassy in Washington. They’ll be renovating the former Cosi space on North Washington Street, with plans for a menu of Russian food with Central Asian influences. Also on the way is Miso Cafe, a Korean/fusion restaurant from Annandale that’s opening its second location in the former Pho & Rolls space on Maryland Avenue. 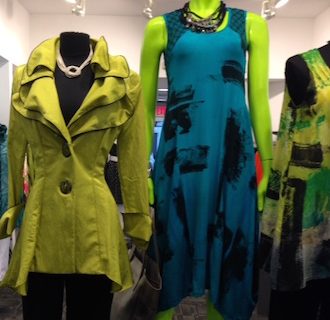 Spring is bringing some changes to the Shops at Wildwood off Old Georgetown Road and Democracy Boulevard. Hadlee opened last week in the space formerly occupied by Madeline, which closed in November after 24 years in business. Hadlee owner Jackie Pletcher, who also operates the neighboring Sequel boutique, will target Madeline’s former customers by carrying some of the same designers — particularly Canadian dressmaker Joseph Ribkoff. This is the fourth venture for Pletcher, who also owns Wear It Well on Bethesda Row and Corby at Mazza Gallerie. But Hadlee will be somewhat less conservative than the other three stores, says company spokesperson Julianne Pulvirenti. “The look is going to be very colorful, with lots of prints and patterns.” 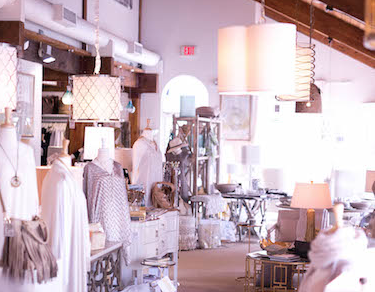 Another Wildwood boutique set to open next month

Also on the way to the Shops at Wildwood is Coco Blanca, offering a tone-on-tone mix of furniture, home accessories, jewelry and clothing. “The entire store will have the palette of a coconut, with a bit of black and a splash of turquoise,” says co-owner Susan Neithamer. She and her business partners, who have another Coco Blanca store in Old Town Alexandria, had been looking for a shopping center with similar demographics and plenty of room to park. “A lot of our customers in Old Town had been coming to us all the way from Bethesda, so we knew this was an area with our kind of shopper,” Neithamer says. Doors are expected to open next month.

If you’re heading to New York City for spring break with the kids next week, take note: This may be your last chance to visit the iconic Toys “R” Us store in Times Square. The struggling toy retailer says it may not renew its lease for the 15-year-old store with the giant Barbie house and 60-foot indoor ferris wheel. The lease runs out next year. Still to be determined: Whether Toys “R” Us will find a new, smaller home in the Big Apple. 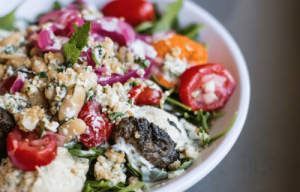 Hometown favorite Cava Mezze Grill is making plans to head west after this week’s $16 million cash infusion from a Virginia-based venture capital firm. Two Los Angeles locations are set to open later this year — Cava’s first expansion outside the D.C. area, where it currently has eight eateries with three more on the way. The investment money also will be used to expand Cava’s lines of dips and spreads for grocery stores. We don’t have $16 million — but we do happen to have a $25 Cava Mezze Grill gift card for one lucky Store Reporter reader. Want to put your name into our hat? Click here to enter by email (subject line: Cava Grill) or click here to enter via our Facebook page. Update: Store Reporter reader Kelly Rudolph Pashkoff won this giveaway. Stay tuned to Store Reporter for upcoming contests.

Bye Bye to “Be well”

If you shopped at Walgreens this week, you may have noticed the absence of that annoying “Be well!” salutation at the checkout counter. Two years after the company began forcing its employees to use those words, the campaign is finally over. Walgreens says it will now look for other ways to “build relationships” with its customers — possibly by thanking them by name after each transaction. (As in, “Enjoy that acid reflux medication, Mr. Jones.”) We can’t wait to hear the reaction to that one.