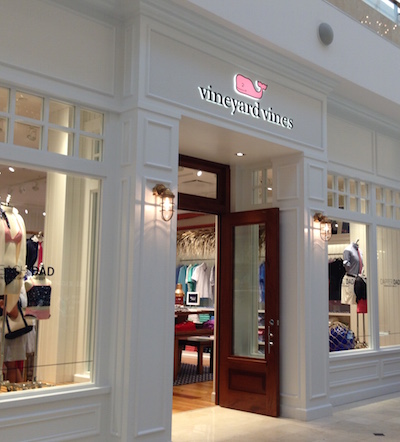 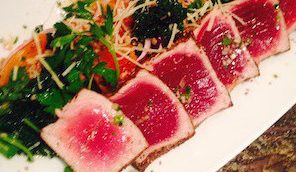 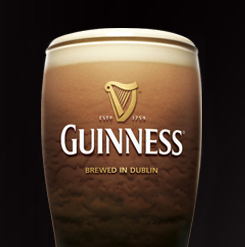 Congrats to the winners of our Robeks gift cards

Congratulations to Store Reporter readers Christy Taylor, Ron Gravitz, Margie Ritter, Rhoda Ganz and Amy Pelletier, who won our gift cards for the Robeks smoothie store at Congressional Plaza on Rockville Pike. Stay tuned to Store Reporter for more great giveaways, and like us on Facebook (click here) to make sure you don’t miss a beat. 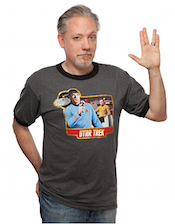 Here’s some good news for the Potomac Village dining scene: We hear that D.C.-based chef Robert Wiedmaier is looking to take over one of the Village’s existing restaurants. The German-born Wiedmaier, known for his expertise with Belgian cuisine, is the force behind Mussel Bar & Grille, Wildwood Kitchen, Brasserie Beck and Marcel’s. Stay tuned to Store Reporter as this story unfolds. 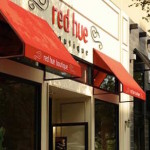 Rockville Town Square will lose another local business this Sunday (Feb. 22) with the closing of Red Hue Boutique, which featured clothes by local designer Silvia Huezo. “This area is just not providing enough business for us,” says store manager Jasmine Sutton. The Red Hue line, which is handmade in Huezo’s native El Salvador, will still be sold online (click here) and at some local stores. Red Hue is the third Rockville Town Square business to close in the last few weeks. The Gibbs Street antique store that opened before the holidays is gone after just three months. So is 82 Steak Out, which closed in January after less than a year and was quickly replaced by Ev & Maddy’s (click here for more). Elsewhere around the Town Square, many storefronts have been vacant since last summer (click here for our Sept. 4 report). 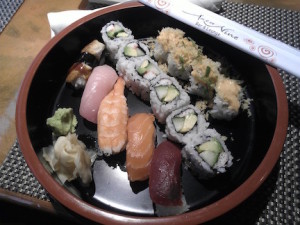 There’s still time to enter our dinner-for-two giveaway at Asia Nine, a Penn Quarter favorite that recently opened a second location in Gaithersburg’s Downtown Crown development. A winner will be chosen at random in time for next week’s issue. If you haven’t put your name in our hat, click here to enter by email (subject line: Asia Nine). Or enter via Facebook: Just “like” our Facebook page and scroll down for the post about the contest (click here). Update: Reader Julie Mustelin won this dinner for two. Stay tuned to Store Reporter for more great giveaways. 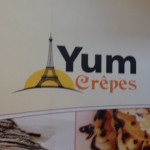 Dessert will soon be on the menu in the newly renovated Dining Terrace at Westfield Montgomery Mall. Cold Stone Creame 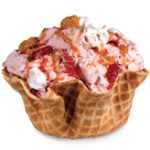 ry and Yum Crepes have started construction — both in prime spots to capture moviegoers from the ArcLight Cinema, as well as the nearby eateries. Also under construction: Peet’s Coffee, scheduled to open this spring in the mall’s Sears wing. 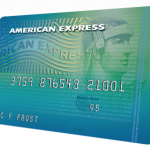 Next year you’ll have to say goodbye to all those American Express rewards points you’ve been racking up with every Costco run:  The two companies have decided to end their longtime partnership. As of March 31, 2016, American Express cards will no longe

r be accepted at Costco stores. And those co-branded Costco/Amex TrueEarnings cards with no fees and fabulous rebates? They’re going away too. Costco is said to be working on a new partnership with a different credit card company. 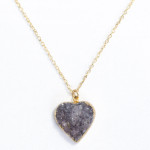 Who won our heart?

Congratulations to Store Reporter reader Dena Farber Schoenfeld, who won our Valentine’s Day giveaway for this druzy heart necklace from local designer Valerie Nahmani. For all those who didn’t win, there’s still hope; We’ll be spreading the love with another Valerie Nahmani giveaway this spring. Click here to check out Nahmani’s designs. And keep reading Store Reporter for your next chance to win. 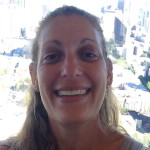 This new section is the perfect place tell us about that dish you dream about, that dessert you crave, or that go-to gift from your favorite little shop. For Jennifer Miller, a Potomac special educator, it’s the Palm Beach Salad at Chop’t: a mix of avocado, grape tomatoes, cucumber, hearts of palm and romaine lettuce. “I like the wide array of fresh ingredients, and you can add shrimp or chicken for protein,” says Miller, who likes to top things off with a red wine or balsamic vinaigrette. The Palm Beach Salad costs $7.99 to $9.99, depending on size and toppings. Want to tell us what you love at a local store or restaurant? Click here.