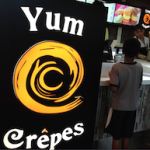 This fall at the mall: five new eateries to try

The lively dining scene at Westfield Montgomery Mall continues to expand this fall, with two new eateries already open and three more on the way. Jamaican Mi Crazy, a food truck-turned-restaurant, is serving up jerk chicken, curry goat and fried plantains next to Naples Ristorante in the Dining Terrace. Just around the corner, Yum Crepes offers sweet and savory options near the ArcLight Cinema escalator. Shanghai 66 Innovation Kitchen, from the owners of the Bob’s Chinese restaurants in Rockville, will open in the next few weeks next to Chloe’s Deli. November will bring B Bop Q, a Korean fusion restaurant moving into the former Laila Rowe store next to Macy’s Home. Opening around the holidays: a new branch of Tara Thai, breathing new life into the long-empty Legal Sea Foods space. 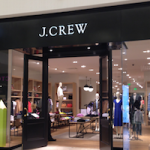 There was a bit of reshuffling at Westfield Montgomery Mall this summer, as several retailers moved to new locations while others freshened up their storefronts. J. Crew closed down in June for a months-long renovation, reopening last month with a polished new look for the increasingly upscale Nordstrom wing. J. Jill moved into the space next to Lilly Pulitzer, where it’s better positioned to capture traffic from the nearby Macy’s store. Bose built a posh new storefront in the Sears wing, where customers now linger in the patio-style seating next to Peet’s Coffee. The Specs sunglass store and the Avalon nail salon also are sporting new looks, as will the teen store Journeys at its new home in the Old Navy wing. The empty Caché store near the mall’s center is occupied for now by Storm J, a pop-up store selling soccer apparel. There’s lots more to tell about what’s happening at the mall this season; next week we’ll have details on who’s about to move in. 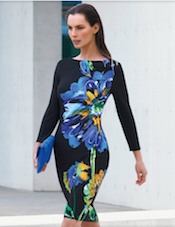 Join the party at Ibhana — with a 15% discount

If you’re a fan of Joseph Ribkoff dresses, Damee jackets and Lior tunics, you’ll want to check out the new Ibhana boutique at Potomac Woods Plaza off Montrose and Seven Locks Road. The store also carries a lovely selection of Joanel handbags and Lipault luggage, plus scarves, belts and jewelry from Canada, India, England, Italy and France. Store Reporter readers are invited to Ibhana’s grand opening party this Friday (Sept. 18) from 6-8 p.m. With the coupon below, take 15% off your purchase on Friday or any day through the end of September. Planning to attend the grand opening? RSVP by phone (301-424-0906) or by email (click here). 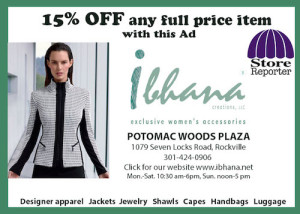 Another move for the Corned Beef King

The Corned Beef King food truck has a new home in Potomac: the parking lot of Potomac Petals and Plants, the nursery that replaced Behnke at 9545 River Road. Truck owner Jon Rossler says he gave up his previous spot at a Falls Road swim club after too many altercations with an unhappy neighbor. At the nursery, he’s serving up a varied menu with matzoh ball soup, knishes and lobster rolls. But in Potomac, he says, most customers are looking for the basics: “plain corned beef on rye with mustard” is far and away the best-sell 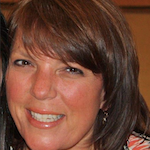 Congratulations to Store Reporter reader Sandy Nolan Nesbit, who won our gift card to Urban Heights on Norfolk Avenue in downtown Bethesda. She’ll get to sample the fresh Tuna Bar and the Asian-influenced menu from new executive chef Cliff Wharton. We have more great giveaways in the works; keep reading Store Reporter for your chance to win.