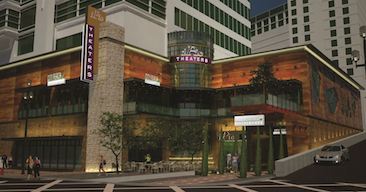 The curtains rise this Friday at the iPic Theater on Rockville Pike, where a Halloween-themed opening party will kick things off with stilt-walkers, a DJ, Thriller dancers and other fun stuff. The luxurious theater, featuring leather reclining seats and “ninja” waiters who stealthily deliver food during the movie, is one of the first tenants to open at the new Pike & Rose development off Montrose Parkway. Opening festivities will continue all week with live entertainment and fundraising for local charities. Interested in checking out the iPic for yourself? We thought so. We’ve got FREE tickets exclusively for Store Reporter readers. Click here to enter this week’s ticket giveaway by email, and to find out who won last week’s ArcLight Cinema tickets. Or click here to enter via Facebook. Winners will be chosen next week.

Bellini, the upscale baby-to-teen furniture chain, will close its Rockville Pike store next month after 24 years at the same shopping center. Co-owner Mario Anvari says Rockville’s demographics have changed since the early ’90s, and the baby boom has shifted to Bethesda, Washington and Northern Virginia. With that in mind, Anvari and his partners are looking to reopen their franchised store at a new location in Arlington. “The younger generation who move here for jobs are choosing to live closer to D.C., so we wanted to try an area that’s closer to our customer base,” Anvari says. All bedding and furniture in the Rockville store has been marked down for clearance. Click here to see the Bellini catalog, and check with Anvari’s staff for pricing and availability. 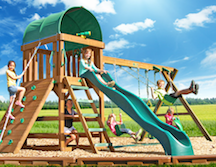 Creative Playthings, the Virginia-based playground company, has closed its Rockville Pike store after six months in the old Harry & David space at Congressional Plaza. The shopping center location marked a new strategy for Creative Playthings, which previously operated from a Gaithersburg warehouse district — and store manager Martin Barrera says walk-in traffic proved better than he’d even hoped. “Being next to The Fresh Market, a baby store and a toy store was absolutely awesome, since people found us just by walking around,” he says. “We actually experienced some emotional purchases right on the spot. Sadly, though, our lease was temporary and we could not afford to keep that location open year-round.” Look for Creative Playthings to surface elsewhere in Rockville next spring. If you can’t wait, click here to see their website. 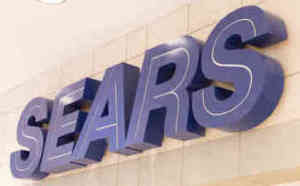 Sears has no exit strategy

When was the last time you shopped at Sears? The 128-year-old company, whose stores and mail-order catalogs were once a mainstay of the American retail landscape, has been sliding into irrelevance as 21st century shoppers find more compelling places to buy their clothes and household goods. At Westfield Montgomery Mall, the presence of a dowdy Sears store seems oddly out of step with a $90 million renovation designed to lure upscale customers. So this week, when reports surfaced about yet another round of Sears closings, we wondered whether it might be time for that store to make a graceful exit. But a company spokesman assures Store Reporter that’s not going to happen. The Montgomery Mall Sears store and its neighboring auto center are “not impacted” by impending closings and will continue to operate as usual, the spokesman says.

Pike & Rose, the new “downtown” development slated for Rockville Pike and Montrose Parkway (former site of Toys R Us, Filene’s Basement, etc.) is picking up steam as new tenants climb aboard. Here’s a look at some of what’s to come… 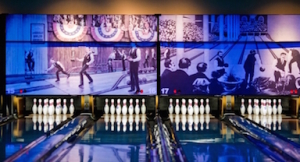 Pinstripes, which just made its local debut in Georgetown, is close to finalizing a deal for a second location at Pike & Rose. It will offer a combo of bowling lanes, bocce courts, food, drinks and live music — all in an upscale atmosphere with Jerusalem stone floors and communal outdoor fire pits. Pinstripes also will host weddings, bar mitzvahs and corporate events, says CEO Dale Schwartz. “Each of our locations does about 2,000 parties a year.” But you’ve got plenty of time to plan: Pinstripes is scheduled to open in 2016. 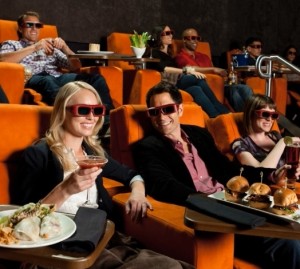 Best seats in the house

Maryland’s first iPic Theater, part of a new wave of ultra-luxury movie houses, is set to raise the curtain at Pike & Rose this fall. Like the ArcLight Cinema under construction at Westfield Montgomery Mall, iPic will offer swanky decor, state-of-the-art sound systems, reserve-ahead seating, bar service and high-end food. And for a few extra bucks, they’ll throw in even more perks: pillows, blankets and black-clad “ninja” waiters who bring the cocktails and Portobello sliders right to your cushy reclining seat. 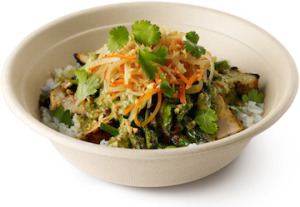 ShopHouse Southeast Asian Kitchen, a new concept from Chipotle, brings the Mexican chain’s assembly-line format to a whole new cuisine. Start with a bowl of rice or noodles, then choose from an array of meat, tofu, fresh vegetables, herbs, spicy sauces and toppings reminiscent of Bangkok, Singapore and Hanoi. ShopHouse already has established a cult following at its D.C. and Bethesda locations. And by the way: The original Chipotle will still be part of the new Pike & Rose — just in a slightly different location. So will the French bakery La Madeleine. 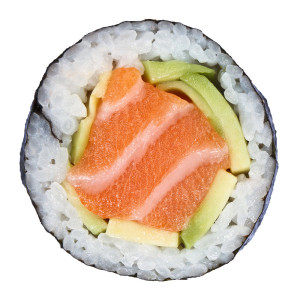 Potomac Village on a roll

Just opened in Potomac Village: En Bistro & Sushi, the latest venture from a man who knows his way around a spicy tuna roll. “A lot of people in this area will recognize me from years of catering at country clubs, bar mitzvahs and baseball games,” says owner Billy Ye, who has two other “En” restaurants in Rockville and Germantown. En Bistro offers a full pan-Asian menu. You can find it near Tally Ho, on the back side of the Verizon store. Oh… and did we mention they deliver?