Latest on The Tavern at River Falls

Three months after purchasing The Tavern at River Falls on River Road, RW Restaurant Group has begun to put its mark on the Potomac Village institution. “We’ve gotten rid of some dishes that weren’t selling, and put our own spin on the dishes we kept,” says Tavern co-owner Frank Shull, who operates 11 D.C.-area restaurants in a partnership headed by famed chef Robert Wiedmaier. The changes started with the bar, where Shull says customers will find “better beer, better wine, better cocktails.” The menu is getting shorter but higher in quality, Shull says, with new dishes including swordfish, grilled calamari and stuffed baked oysters with crabmeat. Coming soon: nightly drink specials (margaritas, mojitos and blood-orange crushes) and an extensive brunch menu on Saturdays and Sundays. Even the restaurant’s name is being streamlined, from The Tavern at River Falls to the shorter River Falls Tavern.  Under the RW umbrella, the Tavern is now a sister to such popular Wiedmaier restaurants as Marcel’s, Brasserie Beck, Wildwood Kitchen and Mussel Bar & Grille.

Hank Dietle’s Tavern, the Rockville Pike dive bar that celebrates its centennial next year, is serving up a new dinnertime menu from the Curley’s Q barbecue truck. “We’ll be in the kitchen at Dietle’s Tuesdays through Sundays from 5 to 8 p.m. to start,” says Curley’s owner David Cornblatt, whose specialties include St. Louis-style ribs, smoked brisket, and pulled chicken and pork sandwiches. Cornblatt, a Potomac native who hung out at Hank Dietle’s in high school, has been trying to take over the kitchen since last fall. “Typical permitting issues” were the cause of the delay, he says. “We’ve got the food truck and catering down to a science, but there are a lot of nuances in running a kitchen. We’ll probably have a grand opening in June when we’ve got everything just right.” Cornblatt will have some company on the Pike this summer with the opening of Helen’s Bar & Grill, now under construction in the former Addie’s space right next door to Hank Dietle’s. Click here to read more about Helen’s in our May 7 issue.

This week we’re giving away gift cards for the Robeks smoothie store at Congressional Plaza on Rockville Pike. The store is showcasing a new line of “fitness smoothies” made from maple water — a seasonal product that’s only available through June 15, while the maple trees are still producing spring sap. Can’t make it in by then? Don’t worry, the gift cards won’t expire. Update: The winners of this giveaway were Christy Taylor, Ron Gravitz, Margie Ritter, Rhoda Ganz and Amy Pelletier. Stay tuned to Store Reporter for more great giveaways. 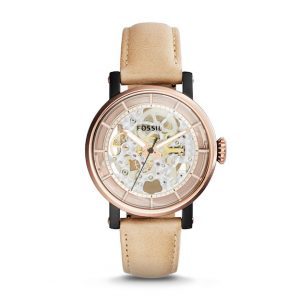 The Fossil store at Westfield Montgomery Mall closed its doors over Memorial Day weekend, a casualty of the company’s decision to move out of the clothing business and return to its core products: handbags, wallets and watches. “The Montgomery Mall store was huge because it sold so much clothing, and you just don’t need all that space if you’re only selling accessories,” an insider tells us. If you’re fan of Fossil’s retro vibe, the next-closest Fossil store is at Tysons Corner. 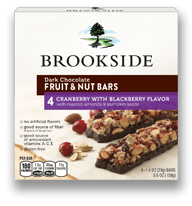 Look for some new “healthy” snack bars on the shelves of local stores this summer from candy companies trying to steal market share from brands like Kind and Clif. At an industry trade show last week, Hershey debuted a line of snack bars under its high-end Brookside brand (with see-through packaging to show off the fruit and nut pieces), while Mars showed its own line of Goodnessknows Snack Squares (with bite-sized sections for portion control). All the bars incorporate fruit, nuts, oats, seeds and dark chocolate, with serving sizes below 200 calories and no artificial flavors. Whether they’re really “healthy” is debatable, but they’re clearly designed to get the attention of shoppers who typically skip the candy aisle. Major marketing campaigns are on the way.