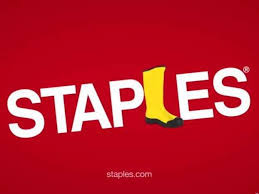 Staples: One down, one to go

Staples will close one of its Rockville stores – the one off Nicholson Lane, next to Casual Male XL — as part of the company’s plan to shed some 225 underperforming locations nationwide. Like Office Depot, which is also closing locations (see our May 8 issue for more), Staples has struggled to keep its stores relevant with so many office supplies now being purchased online. The company says its future stores will be smaller and more focused on providing one-stop shopping for small-business owners. That means the addition of things like medical scrubs for doctors’ offices, toys and crafts for child-care centers, hard hats and boots, snack foods, cleaning supplies and travel gear. There also will be a rotating series of new logos, with different products standing in for the “L” (as shown here). At the remaining Staples in Rockville, on the Pike at Congressional North, you’ll begin to see those changes as early as next month. 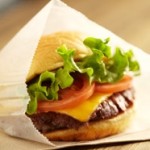 Checking in with Shake Shack

Shake Shack was in the news for all the wrong reasons this week when Philadelphia Phillies manager Ryne Sandberg and New York Mets first baseman Lucas Duda blamed its burgers for their food poisoning. But no matter how that situation… um… shakes out, it’s unlikely to be more than a blip on the radar for New York-based Shake Shack, which has earned a cult following for its freshly made burgers, hot dogs, french fries and frozen custards with mix-ins. Store Reporter readers have been asking us to find out when Shake Shack will arrive in Montgomery County. And with three locations in D.C. and two more opening soon in Baltimore and Tysons Corner, we thought perhaps the time had come. But we thought wrong. The company says there will be no more Maryland Shake Shacks for the time being. Probably better for our waistlines anyway.

The dish on Sugo

Sugo at Park Potomac, which celebrates its second anniversary this month, has revamped its menu with eight new dishes including Steak Frites, Mac-and-Cheese Carbonara, Chef D Sugo Meatballs and Mushroom Love Pizza. “People never want to lose their favorite items,” says Ted Xenohristos, co-founder of SuGo and its sister chain Cava. “But when they taste the new ones, they’re usually happy.” So which of the new dishes does Xenohristos like best? “I’m a very simple eater,” he says. “My favorite is the hand-cut spaghetti with fresh-crushed tomatoes, basil and olive oil. Every single ingredient was made that day. It’s delicious.”