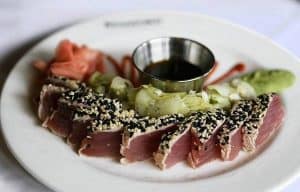 Stanford Grill, the restaurant that has seemingly been under construction forever at Tower Oaks Boulevard and Wootton Parkway, finally opened its doors this week and is ready to give neighboring Clyde’s Tower Oaks Lodge a run for its money. The restaurant offers indoor/outdoor seating for more than 300 people, with an American and sushi-centric menu from award-winning chef Sean Kinoshita plus breads and desserts from a veteran of Bethesda’s Praline Bakery & Bistro. This is the second restaurant for Stanford Grill, whose parent company also operates the Copper Canyon Grill chain. Its high-profile location, below the headquarters of Lerner Enterprises and The Tower Companies, has been drawing attention ever since the sign went up all those months ago. “We do expect to attract a lot of business people on the weekdays,” says company spokesman Zania Patterson. “But on the weekends, we hope to draw a totally different crowd.” 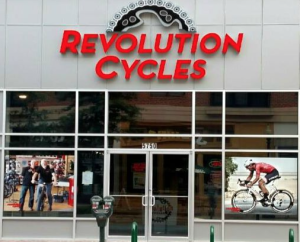 Revolution Cycles has closed its Rockville Pike store after more than a decade, reopening last week at a new location in the up-and-coming Twinbrook area. The new store occupies 9,000 square feet at 5750 Fisher Lane, on the ground floor of the new Terano apartment building near the Twinbrook Metro station. (Click here for our Sept. 10th issue to find out what’s opening at the nearby Galvan at Twinbrook.) “We’re already getting a lot more foot traffic from the government buildings across the street,” says Alex Bartholomew, sales manager for the Rockville biking store. Rockville is one of four D.C.-area locations for Revolution Cycles, which got its start in Georgetown more than 15 years ago. “This market has a big road bike commuter scene with a lot of people who are trying to stay fit,” Bartholomew says. “Some of our customers do 25-mile one-way commutes on their bikes every day, and some do .7-mile commutes just for a chance to get outside.”

Win a Butter jacket from On Cloud 9

If there’s a young fashionista in your life, you won’t want to miss this week’s giveaway: a super-soft Butter jacket like the ones shown here (your choice of size and style) from On Cloud 9 at Potomac Woods Plaza, 1085 Seven Locks Road. The store is ready for fall with cute designs like these, as well as the latest looks from brands like Vintage Havana, So Nikki, Malibu Sugar, Wildfox, Sugarlips and T2 Love. Update: Jill Mendelson Rodriguez won this giveaway; keep reading Store Reporter to see what we’re giving away next.

Cava gets another $45 million — and tries something new

In case you missed the media hoopla about Cava last week, the home-grown restaurant chain announced that it’s secured a second round of venture capital funding — $45 million this time — to continue its development and national expansion. Cava has a loyal following in the Rockville/Potomac area, where it it began nine years ago with a single restaurant on Traville Gateway Drive. Much of the company’s growth is now coming from its quick-serve division, Cava Mezze Grill, which will open its first West Coast locations this fall. But Cava also has experimented with other concepts, including Sugo at Park Potomac and the recently opened Brusco, a tiny luncheonette that sits next to a full-service Cava restaurant in Baltimore. Brusco focuses on street food like souvlaki, catfish sandwiches and buttermilk fried chicken — all priced at $10 or less. “It’s for people walking around at lunchtime who don’t necessarily have the time to sit and eat,” says Cava co-owner Ted Xenohristos. So will Brusco ever make it to Montgomery County? Xenohristos isn’t sure yet. “We’ve never really done a sandwich shop before,” he says. “First we have to see if we can run this one properly, and if it can be successful over a long period of time.” 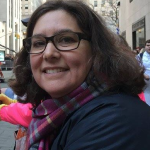 Congratulations to Store Reporter reader Jodie Ozatalar, who won our $100 gift card to Potomac Grocer in Potomac Village. Ozatalar will be able to treat her family to the store’s fresh fish and seafood, ready-to-serve prepared meals, and gourmet goodies from local vendors. 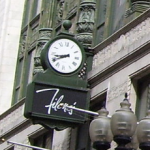 Filene’s Basement is back

Have you missed Filene’s Basement since the Boston-based retailer went belly-up four years ago? Well, this week Filene’s returned from the dead — not on Rockville Pike, but on the Internet. A New York holding company that bought the Filene’s name has launched its website with loads of discounted merchandise from designers like Ralph Lauren, Calvin Klein, Nautica, Jones New York, Kenneth Cole, Marc Jacobs and many more… including the wedding gowns that Filene’s was famous for. We were surprised to see that the store also carries brands that are normally exclusive to Macy’s, including INC, Karen Scott and American Rag. The new Filene’s promises free shipping on all orders — although it’s not immediately clear who pays when you send something back.