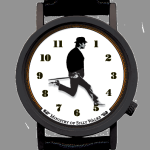 You know how you always find the best gifts when you visit the museum shops in D.C.? Well, here’s a little secret: The Mansion at Strathmore has a terrific shop of its own with a well-curated selection of jewelry, textiles, pottery and other gifts — many hand-crafted by local artists. Highlights include brightly patterned mismatched socks; quirky watches like the Monty Python-inspired one shown here; and herbal soaps wrapped in felted wool that shrinks to fit as the soaps get smaller. “Art for your sink,” says shop director Charlene McClelland. 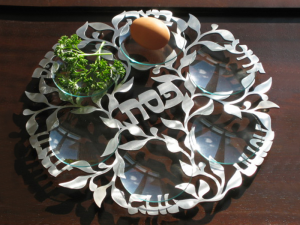 Nestled between the restaurants at Cabin John Shopping Center is the tiny shop Leila Fine Gifts & Jewels. Owner Deb Shalom seeks out merchandise that’s “unusual, colorful, fun and different from anything you’d find somewhere else.” The two-year-old store is known for artsy Judaica such as the seder plate pictured here, which like many Leila items is made by a local designer. There’s also a great selection of jewelry and decorative household items, including lovely hostess gifts priced below $20.

Give the kids a break

If you regularly find yourself at Westfield Montgomery Mall with young kids in tow, this snazzy new “family lounge” in the Sears wing is a hidden gem you’ll definitely want to uncover. Inside you’ll find kid-friendly restrooms, a private area for nursing, and children’s movies playing on a big-screen TV. If quality time with Nemo doesn’t fix things, perhaps some French fries will do the trick: A second family lounge is now under construction near the food court.

Radio Shack: Over and out?

On the heels of a hilarious Super Bowl campaign ad promising to shed its stuck-in-the-’80s image, RadioShack announced this week that it’s closing 1,100 stores nationwide. The company has not yet released a list of the doomed stores, and staffers at the Cabin John and Rockville Pike locations say they haven’t heard any news so far. But a RadioShack employee at Westfield Montgomery Mall was quite confident that his store won’t be affected. “No way,” he said. “We’re the number one store in the district.”