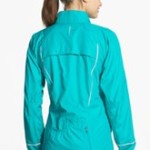 Sneak peek at the Nordstrom sale

Nordstrom‘s anniversary sale starts July 18, but Nordstrom cardholders can get early access on the 10th. Here’s a tip from Amanda Ossmus, head stylist at the Westfield Montgomery Mall store: If there’s something you have your eye on, don’t wait. “North Face jackets are the number one thing that our customers buy at this sale, so those usually blow out right away,” Ossmus says. “And when we restock them, they’ll be back to the regular price.” Meanwhile, Ossmus says the new Topshop line has been such a success at Montgomery Mall that it’s influencing the merchandise mix in other departments. “People are supposed to be so conservative in this area, but Topshop is doing so well here that we’re now starting to get a lot of other pieces that are trendy, modern and edgy,” she says. 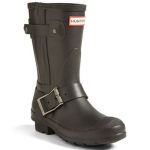 Motorcycle detailing — as in the Nordstrom-exclusive Hunter boots shown  here ($129.90 during the sale, $195 after) — is expected to be one of the biggest trends for fall. What else should Nordstrom shoppers be looking out for this month? “Shoe booties and over-the-knee boots are going to be huge this year; we’re educating people to call them OTK’s,” Ossmus says. “And for men, it’s all about plaids, tweeds, coated denim and waxed cotton. A lot of the men’s clothes are going to be motorcycle-inspired too.” 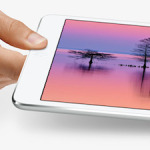 Costco and Apple: Together again

Apple products are back at Costco after a four-year absence that stemmed from a disagreement between the two companies. At our local store in Gaithersburg, iPhones were on the shelves at the beginning of this week — but the rest of the products were being held until Apple’s official display cases arrived. The store will be carrying iPhones, iPads, iPods and iTunes cards at a discount, but it won’t have Mac computers.

New menu at 82 Steak Out

82 Steak Out, a cozy restaurant that opened last February next to Noodles & Company at Rockville Town Square, is expanding beyond its original steak-and-fries menu with a new selection of Italian foods. The move comes after the recent closing of Oro Pomodoro, an Italian restaurant that was one of the Square’s original tenants. “We have a lot of people coming in for Italian dishes now, so we’re starting to run with it,” explains 82 Steak Out co-owner Shelly Galloway, who’s been cooking up entrees like lasagna, eggplant parmesan and penne pasta with aromatic sauces. There’s also a new kids’ menu. “We don’t want to be the place that you only come to for Date Night,” Galloway says. On the other hand… maybe Date Night sounds pretty good about now? We thought so. That’s why we’re giving away a FREE dinner for two at 82 Steak Out. Like Store Reporter’s Facebook page this week to enter our random drawing.