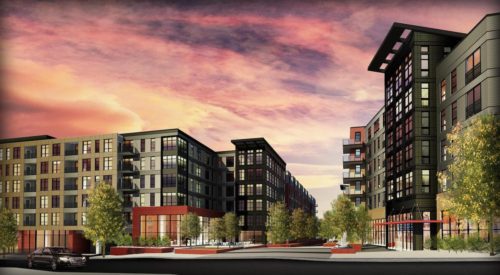 The company that built Park Potomac will break ground next winter on a new retail/residential complex near the former White Flint Mall. The project, to be known as East Village, will replace some old office buildings on Nicholson Lane with a low-rise mix of stores, restaurants, living space, and ample parking for bikes as well as cars. “It’s going to be very transit-oriented, close to the Metro and Pike & Rose, with a definite village feel,” says Foulger-Pratt spokesman Lisa Wood, whose company is building the project with partner ProMark Real Estate. The first phase is scheduled to open in about three years. 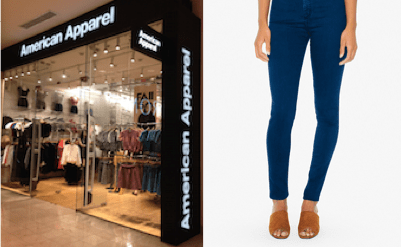 American Apparel, which changed hands this week at bankruptcy auction, will soon close its Westfield Montgomery Mall store along with its other D.C.-area locations. Merchandise has been marked down and the end will come in the next few weeks, an employee tells us. Many clothing retailers have struggled in recent years, but American Apparel’s troubles were magnified by its scandal-magnet founder Dov Charney. (Google him.) Ironically, the company once known for its trendy styles and American-made goods will now be owned by the Canadian sweatpants manufacturer Gildan. 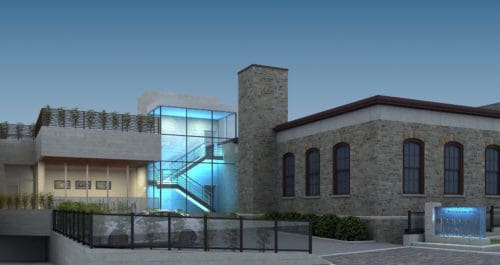 New gym on the way to Bethesda

Opening this summer in downtown Bethesda: Bridges Fitness & Yoga, a new gym from local fitness guru Robert Sherman. Housed in a former post office building on Wisconsin Avenue, the 15,000-square-foot facility will offer cardio and strength classes, indoor cycling, circuit training, a rooftop yoga deck and an outdoor meditation labyrinth. “We’ll have a much more personalized atmosphere than what you’d find at a large gym,” says Sherman, who is well known in this area from his years at Life Time Athletic, Equinox and his own F.I.T. gym. Bridges is already offering classes at a temporary location near its future home; click here for details. 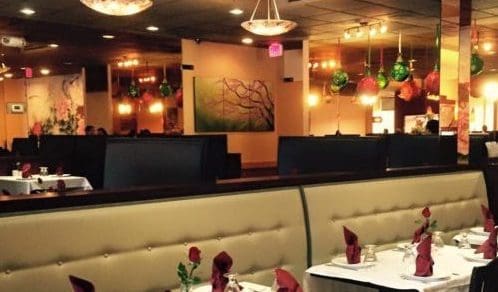 Cabin John restaurant will be back soon

China Gourmet Bistro at Cabin John Shopping Center is working to get back in business after last month’s closing due to a kitchen fire. “We are definitely reopening,” says owner Vivian He, who runs the two-year-old restaurant with her parents. Repairs should be finished in a couple of weeks, she says. 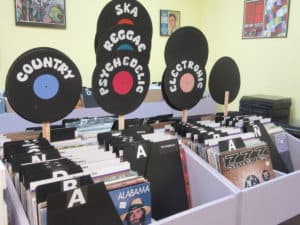 If you miss the days of combing through record stacks or you’re into Japanese anime, a new store in Rockville is calling your name. Purple Narwhal Music & Manga, in the Clock Tower Plaza at 822G Rockville Pike, is a labor of love for owners William FitzHugh and Alice Goldberg-FitzHugh. “I grew up going to area record stores like Yesterday and Today and Vinyl Ink that are no longer in business,” says William, who’s keeping his day job at a Rockville software company. “With the resurgence of interest in vinyl records, we thought the time was right to open a new store.” The FitzHughs carry mostly used merchandise including CDs, DVDs, cassette tapes, graphic novels, music-related books, Japanese art and movies, and vintage concert T-shirts. To check out their Facebook page, click here.