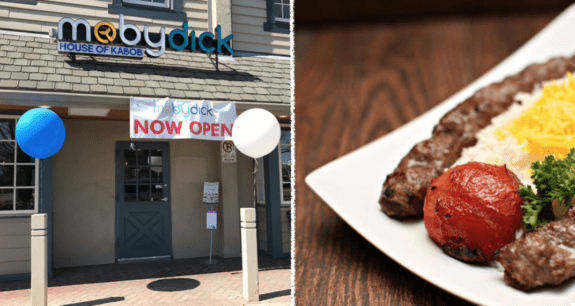 Moby Dick House of Kabob has opened its doors at 9812 Falls Road, ending the winter-long wait for Potomac Villagers who’ve been hungry for some new food options. The tiny restaurant, which once housed a toy store, can seat about 30 people but will likely do most of its business from takeout. Moby Dick exec Ned Daryoush, who runs the restaurant chain with father Mike, says he hopes diners will look beyond kabobs and check out some of the lesser-known traditional Persian dishes. He recommends the weekday lunchtime specials, including khoresht gheymeh (eggplant and beef stew with peas and onions) and ghomeh sabzi (herb beef stew with cilantro, parsley, red beans and leeks). “These dishes are very laborious to make, so we serve a limited supply every day,” he says. “Once they’re gone, they’re gone.” To check out the menu for yourself, click here. 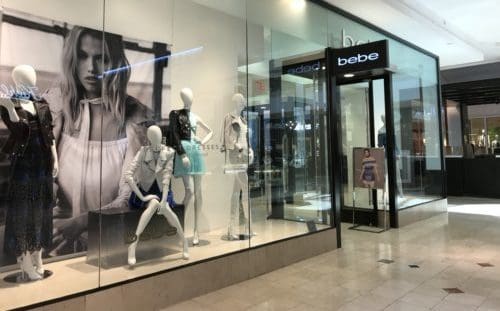 Westfield Montgomery Mall, which has been hammered this winter by a continuing parade of national retail bankruptcies, could face even more closings in the months to come. Sears, which dates back more than 130 years, announced this week that there’s “substantial doubt” it can stay in business over the long term. Meanwhile, discount shoe chain Payless is rumored to be filing for bankruptcy with multiple store closings on the horizon. And women’s fashion retailer Bebe reportedly plans to close all of its physical stores and focus entirely on internet sales. Stay tuned. 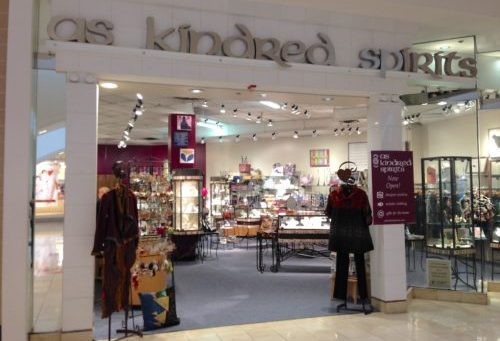 Meanwhile, another independently owned shop will exit next week after 20-plus years in the D.C. area. As Kindred Spirits, known for its artsy clothing, unique scarves and handmade jewelry, is shutting down its last remaining location at Westfield Montgomery Mall. “Running this business has been a joy, but all the signs are telling me that it’s time to move on,” says owner Wendy Rukmini Walker. “There’s been a shift in the climate. People aren’t shopping like they did before.” March 27th is the store’s last day of business at the mall, where Walker relocated just four months ago after closing her longtime locations at Washington Reagan Airport and Rockville’s Congressional Plaza. Walker says she may consider hosting some As Kindred Spirits pop-up shops at local events, but for now she plans to concentrate on her other passion: teaching Bhakti yoga. 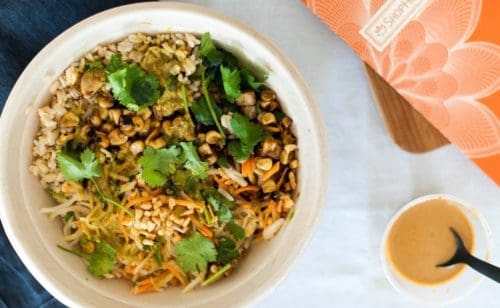 A Korean restaurant chain will take over the 15 ShopHouse locations that closed last week, including the one at Pike & Rose in North Bethesda. Bibibop Asian Grill, a sister chain to Charley’s Philly Steaks, plans to rebrand the existing locations and relaunch them sometime this summer. Bibibop, which currently has a dozen locations in Ohio, serves a Korean-themed menu focusing on mixed rice, grilled meats, tofu and vegetables. An exec tells Nation’s Restaurant News that it’s a similar concept to ShopHouse, “targeting a mostly Millennial market.”