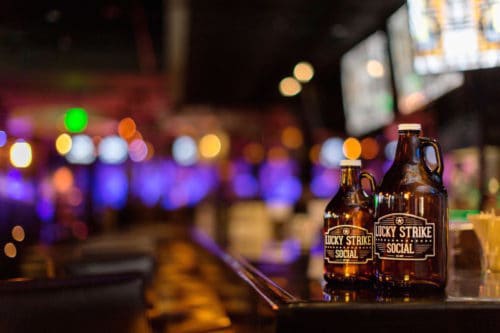 Lucky Strike Social, under construction for nearly a year in the old movie theater space at Westfield Montgomery Mall, is finally set to open its doors next month. This will be the second location for Lucky Strike’s new breed of entertainment centers, which include a full kitchen and bar menu, space for concerts and parties, and a variety of games from billiards to ping pong to old-school arcades. Lucky Strike, like the ArcLight Cinema that came before it, is part of the mall’s long-term strategy to reduce its reliance on retail and boost its image as an entertainment destination. For a preview of what’s on the way, click here. 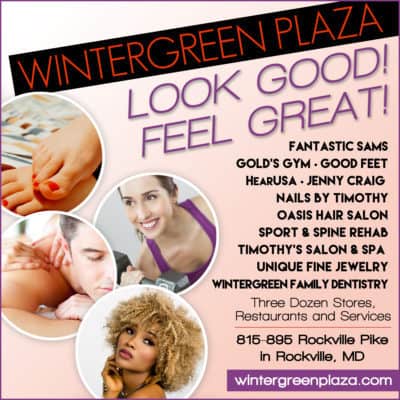 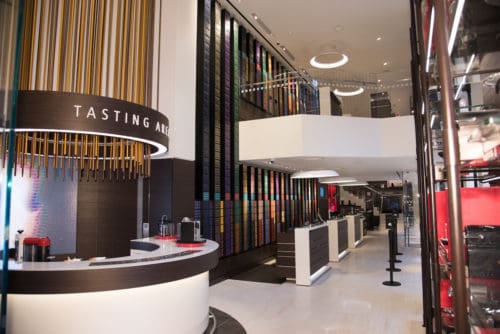 A February debut for Nespresso

Also making its debut at Westfield Montgomery Mall next month: The long-awaited Nespresso Boutique, opening across from Swarovski near the new Apple store. This location will be similar to the ones in Tysons Corner and SoHo, New York (the latter shown here), with a full selection of Nespresso machines and coffee samples — but sadly, no food.

Print is the new black

Printed leggings are trending at local gyms this winter as women dare to ditch their black pants for bold graphics in vivid shades. At the forefront of this trend is LavaLoka (formerly known as HotPants), a three-year-old line of brightly colored activewear from Potomac entrepreneur Amy Pascal. “The black pants thing is so boring, but it’s a comfort zone that’s hard for many women to get out of,” says Pascal, who sells primarily at boutique shows and online (www.lavaloka.com). Pascal says the trend was first embraced in cities like New York, Miami and L.A. — but it’s clearly catching on in the D.C. area, where women are wearing their eye-popping workout pants everywhere from Starbucks to the supermarket. “It’s all about being comfortable and expressing your individuality,” Pascal says. “People like being able to take their look from the gym to the street.” 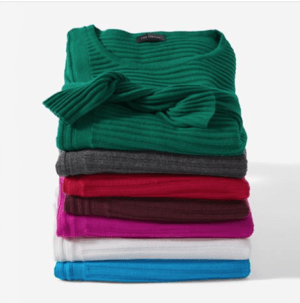 A comeback for The Limited?

The Limited, which closed all its stores after the holidays and filed for bankruptcy this week, may be poised for a comeback online. A private equity firm is buying the company’s intellectual property and may relaunch The Limited as a web-only retailer, reports The Columbus Dispatch. The new owner is Sycamore Partners, which also operates the brands Coldwater Creek, Hot Topic, Jones New York and Talbots. The Limited’s website is currently sporting a “we’ll be back soon” message. Stay tuned.