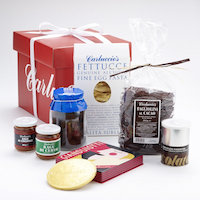 A taste of Italy at Pike & Rose

An Italian restaurant and market has joined the upcoming lineup at Pike & Rose in North Bethesda. This will be the second U.S. location for Carluccio’s, a British company that’s about to make its American debut in Old Town Alexandria. Carluccio’s restaurants open early and close late, with freshly prepared meals and a wide range of grocery items imported from Italy. The fast-growing chain has more than 100 locations in the U.K. and the Middle East. No word yet on the timing of the Pike & Rose location. But the U.K. menu features specialties like fish stew with spicy sausage, slow-cooked beef in red wine sauce, and green beans with mint and garlic.

A new day spa is on the way to Rockville, moving into the onetime Natural Body space at Potomac Woods Plaza off Montrose and Seven Locks Road. AcuSpa will incorporate an “East-meets-West” philosophy with services ranging from massage, foot reflexology and acupuncture to cosmetic procedures, nail care and traditional Chinese remedies. Owner Danlu Wang-Ross is sprucing things up a bit before the spa’s April 24 opening, but she didn’t have to make too many big changes: The space was already equipped with showers, whirlpools, treatment rooms and other features from its previous occupant. In between the two spas, the same storefront was occupied for four years by the women’s clothing store Lacy Couture. Click here if you missed our Jan. 22nd report on where Lacy has gone.

If you’re a fan of the Caché women’s clothing chain — or more accurately, if you were a fan — now is the time stop in for some last-chance bargains. Caché filed for Chapter 11 bankruptcy in February and had planned to keep some stores in operation, but all that changed last week when a liquidation firm purchased the company’s assets. The Westfield Montgomery Mall store has started major markdowns for its going-out-of-business sale.

Auctions begin next week for the remains of RadioShack Corp., which is trying to figure out what to do with all its leases after last month’s Chapter 11 bankruptcy filing. The Cabin John and Rockville Pike stores both closed their doors in the last few weeks, while the Westfield Montgomery Mall store is still in business. GameStop Corp. is looking to take over some of the closed locations for its Spring Mobile subsidiary, and there’s been talk that Amazon might also be interested. All stores are expected to be either closed or sold by the end of this month. 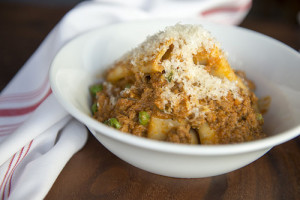 Stefanie Greenberg, a Rockville mom of three teens, is a big fan of Sugo at 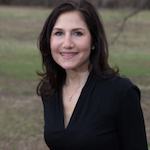 Park Potomac. “It has a fun atmosphere with a terrific bar, friendly staff and most importantly great food,” she says. Her favorite menu item is the Pasta Bolognese ($15). “The rich meat sauce is like a taste of heaven from Grandma’s kitchen. Tossed with perfectly cooked short pasta and then finished with a dollop of creamy ricotta — too bad I have to share with my table mates!”