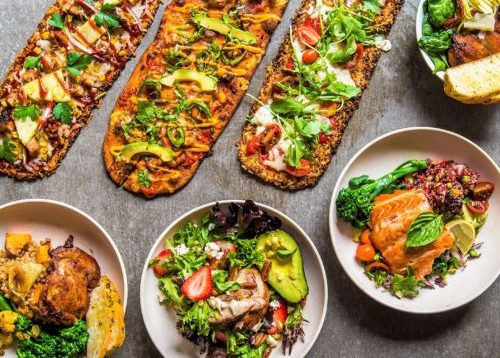 Gusto to the mall this fall

Gusto Farm to Street, a popular pizza-and-salads concept in downtown Bethesda and Silver Spring, is heading to the Dining Terrace at Westfield Montgomery Mall. This is the restaurant we hinted about in our April 6th issue, but we promised not to name names until the deal was signed this week. Gusto is taking the former Lobster ME location between Cava and Chipotle, with a menu focused on super-fresh salads and quick-serve personal pizzas at a price point below $10. The restaurant also is known for its cauliflower-crust pizzas, which will soon be followed by another gluten-free option made with black beans. CEO Josh Grim says he hopes to have the restaurant open by late September, serving lunch, dinner and extended evening hours.

No more closings for Noodles & Company

Noodles & Company, which exited Bethesda last week with the closing of its restaurants at Westfield Montgomery Mall and 4929 Elm Street, says it has no plans for further closings in the D.C. area. The restaurant company recently announced plans to shutter 55 locations nationwide, most of which have already happened as of this month. The Noodles & Company restaurants in Rockville and Gaithersburg are not expected to close, a rep tells us.

This week we’re on bankruptcy watch for Gymboree, the children’s clothing retailer that’s expected to file any day. The company currently operates about 1,300 stores, including one at Westfield Montgomery Mall. Gymboree hasn’t been profitable since 2011; it’s unclear whether its stores would remain open in the wake of a bankruptcy filing.