Potomac Villagers were shocked this week at the sudden departure of River Falls Market, the 16-year-old gourmet store known for its fresh seafood and prepared meals. The store shut down without warning Sunday afternoon, a casualty of the bitter breakup between owner Jeff Grolig and his wife Ashley. The family also operated two neighboring restaurants, Renato’s and The Tavern, where it looks like business has resumed as usual. Enzo Iachetti, manager of Renato’s, says he’ll continue to run the restaurant under the direction of Ashley Grolig. At The Tavern, Jeff Grolig’s father has taken over day-to-day operations. “I haven’t managed the restaurant before, but I’ve been the owner since we opened it,” says John Grolig, a retired fireman and real estate agent. “I’ve got the same staff, and we’re going forward.” 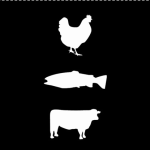 If you’re among those mourning the loss of River Falls Market, here’s some good news: Several of the store’s longtime employees have migrated across Falls Road in recent months to join the staff at Potomac Grocer. Familiar faces who’ve made the switch include meat and seafood specialist Michael “Junior” Turgott, chef Steve Fela plus another cook, and two longtime counter service staffers. Thomas Spencer, who opened Potomac Grocer last February at 10107 River Road, says he had no intention of poaching employees but the migration happened naturally. “These people started streaming over to us” when things weren’t going well at River Falls, he says. So if you’re wondering where to find crab cakes like the ones at River Falls, you might want to check across the street. 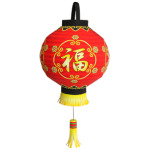 It looks like Chinese cuisine will soon be back at Cabin John Shopping Center. We can’t name names yet, but we hear that a favorite Chinese restaurant from elsewhere in Maryland is close to signing a deal for the longtime Jade Billows space. The spot has been empty since February, when the short-lived China Jade Bistro moved out. 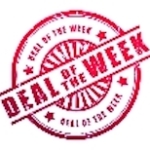 Deal of the Week at Dawson’s Market

Store Reporter readers get $5 OFF a $25 purchase at Dawson’s Market in Rockville. Stop in anytime before the end of October — or time your visit during one of the store’s great events, including a Health and Wellness Fair this Sunday and a Farmer’s Market on Wednesday. Click here for our Dawson’s Market coupon, good through Oct. 31.

Congratulations to Store Reporter reader Amy Kossoff Smith, who won our contest for a free consultation with personal organizer Bridget Calhoun of Arranged. And for all those readers who couldn’t get themselves organized enough to enter, Arranged is offering a discount. Click here for details of our offer, which is good through Nov. 15.