Mexican favorite on the way to Park Potomac

Gringos & Mariachis, a new Mexican concept from the owners of Olazzo, will open a second location at Park Potomac next summer across from Sugo and MoCo’s Founding Farmers. Gringos, which opened on Cordell Avenue just 18 months ago, has established an enthusiastic following for its tacos, nachos, guacamole and fresh margaritas. The new restaurant will be a bit larger than the one in Bethesda, with seating for 100 inside and 50 outside. “The menus will be similar to each other, but we’ll switch things up here and there,” says co-owner Roberto Pietrobono, who runs the Bethesda restaurant with brother Riccardo and business partner Marc Miranian. Gringos is the first restaurant to publicly announce a deal for the next phase of Park Potomac. From what we hear, developers also have been talking to an ice cream shop, a pizzeria and a sushi restaurant. 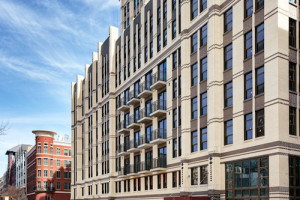 Have a cold one in Rockville this winter

One of the most buzzed-about new restaurants heading to downtown Rockville this winter is World of Beer, part of the new Upton project scheduled to open early next year at Rockville Town Center. “We’re going to have 500 beers in the bottle and 50 on tap, plus a tavern fare menu, craft spirits, wine and a good selection of cider,” says owner Matt Earl, part of a franchise group that also operates World of Beer locations in Baltimore and Towson. “More and more people are drinking craft beer these days, and it’s been a dream of mine to have a business like this,” Earl says. The Upton, which occupies several adjoining buildings along Maryland Avenue, will incorporate hotel rooms, apartments and ground-floor retail and restaurants. Other tenants will include Panera, Supercuts and Old Line Bank. 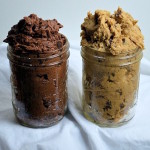 This week we’re giving away a $100 gift card for Potomac Grocer, 10107 River Road next to Walgreens in Potomac Village. That’s enough for some fresh fish plus a gourmet sampling of specialty dishes like crab cakes, chili-glazed salmon and chicken parmesan. And don’t forget to check out the store’s locally made treats: Oat My Goodness Granola, Dolci Gelato, Slender Seven Cookie Dough and many more. Click here to enter via our Facebook page, or click here to enter by email (subject line: Potomac Grocer). Update: Store Reporter reader Jodie Ozatalar won this giveaway. Check our Facebook page and keep reading Store Reporter to see what we’re giving away next. 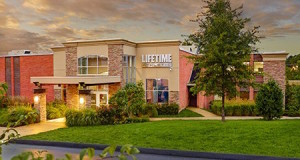 Life Time Athletic in Rockville is getting a mini-makeover this week: $150,000 worth of improvements to its main workout area, locker rooms and child care center. The decision to renovate was reassuring for members who’ve been worried that Life Time might close its Rockville fitness facility after it opens a huge new one in Gaithersburg next fall. “That is absolutely not going to happen,” promises manager Ken Corbett, who has been with the Rockville club on and off since it opened in 2008. “I am staying here, and this club is remaining open.” Corbett says the renovations are part of continuing efforts to maintain the “high-end product” that local gym-goers are looking for. After all, a number of posh fitness centers have opened in this market since Life Time first arrived — and still others, including D.C.’s Solidcore, are on the way. We’ll have more on that in an upcoming issue. 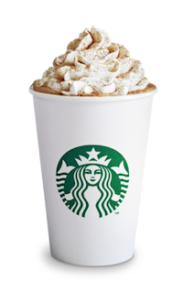 Starbucks on your phone

This week marked the nationwide rollout of mobile ordering at Starbucks. The process is pretty simple: Open the Starbucks app on your phone; order your drink from the nearest store; pay for it via the app; then head to the pickup counter and grab your pumpkin spice latte. The app also lets you know which store is closest and estimates when your coffee will be ready — most likely in 10 minutes or less. “Most of our customers don’t know about this yet,” one Rockville barista told us. “Once they figure it out, they’re going to be very happy to skip the line.”