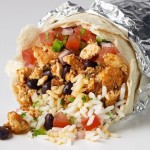 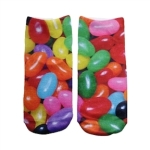 B Scene, the trendy clothing boutique at Cabin John Shopping Center & Mall, is expanding its product line to appeal to kids and teens. “We have a lot of customers who have been with us since the time they had babies, and now those babies are 10, 12, 14 years old – so it’s fun for them to come in with mom and get something for themselves,” says Ilana Kashdin, who runs the store with her own mom, Robin Greger. The change is also a natural result of the store’s relocation two years ago from an outside storefront to an inside space near Shoe Train, Toy Castle, My Gym and other child-focused businesses. “There are a lot more kids now walking by and looking through our windows,” Kashdin says. So she makes sure they’ll spot something they like: boys’ lacrosse shorts from Flow Society, for example, and girls’ clothes from companies like Malibu Sugar, Dori Creations and Les Tout Petites. Not to mention the kitschy socks of the season from Living Royal ($8 a pair), featuring photo-realistic images like the jellybeans shown here.