Noodles & Company has shuttered its restaurant on Gibbs Street in downtown Rockville, where business was slow and the company says it wanted to focus on its more successful Rockville location at bustling Congressional Plaza. This brings the number of closings at Rockville Town Square to more than a dozen in the past two years, with merchants continuing to complain about slow foot traffic and customers still grumbling about the parking fees. Restaurateur Danny Trehan, who will open a Mellow Mushroom pizzeria in the former Oro Pomodoro space next spring, says he plans to validate parking and wishes more of his neighbors would do the same. “So it’ll take an extra five dollars from my pocket,” Trehan says. “If it brings more people into my restaurant, who cares?” Three other restaurants — Miso Café, Samovar and Finnegan’s Wake Irish Pub — had been scheduled to open at Rockville Town Square in the past few months, but now are expected to arrive sometime this winter. 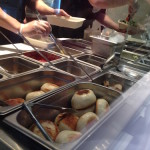 Dumplings and veggies at the mall

Shanghai Bao Kitchen opened for business last week just outside the main Dining Terrace at Westfield Montgomery Mall. This is a new venture from three young brothers whose family owns the Rockville restaurant Bob’s Shanghai 66. Dumplings and steamed buns are the focus here, as you’d expect — but we were surprised by the Cava-like assembly line of fresh Asian vegetables, as well as the willingness of servers to recommend which sauces would best complement them. With Chloe’s Deli next door and Korean B/Bop/Q slated to open just across the hall, this new section of the Dining Terrace is turning into an unexpectedly interesting showcase for ethnic foods from local entrepreneurs.

A comeback for Great Beginnings

Great Beginnings, the children’s furniture store that closed its Gaithersburg location last summer, is looking to reopen in North Bethesda late next year. Owner Jim Streight says he’s signed a lease for 15,000 square feet in a new strip shopping center that will soon begin construction just north of the former White Flint Mall. The store will focus on baby gear, nursery furniture and high-end toys, with a smaller area devoted to rooms for older kids and teens. Streight says the Gaithersburg store was a huge success for much of its 25-year history, but shifting demographics and the landlord’s redevelopment plans left him no choice but to find a new location. “This whole area is changing,” he says. “We do still have some customers coming from Gaithersburg, but now they’re coming more from Rockville, Bethesda, Chevy Chase and Kensington.”

Corned Beef King finds a home on the Pike

The Corned Beef King food truck, always on the lookout for long-term parking spots, has found a new home on Rockville Pike outside the century-old Hank Dietle’s Tavern. This is Truck #2 for the Corned Beef King, whose owner plans to keep Truck #1 at its usual spot in the parking lot of Potomac Petals and Plants on River Road. The Hank Dietle’s/Corned Beef King partnership follows a short-lived attempt by another food truck, Curley’s Q, to operate from the kitchen of the historic dive bar. That arrangement got off to a promising start last May, but fell apart by August when the two parties couldn’t come to terms.  The Corned Beef King also has had trouble finding the right home: A previous attempt to park outside a Falls Road swim club went awry after neighbors complained to the county. 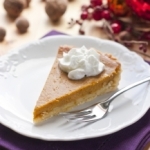 Giveaway winners coming up next week

Just in time for Thanksgiving, we’re going to give three Store Reporter readers a little something extra to be thankful for. Stay tuned next week to find out who will win our three current giveaways: a $50 gift card to Asia Nine, a workout outfit from Equilibrium Activewear, and a bag of goodies from the Washington Hebrew Congregation Holiday Boutique and Silent Auction.