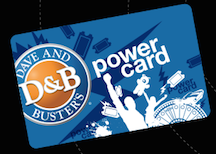 Dave & Buster’s at the White Flint Mall has officially left the building. The game center had sued to halt the mall’s impending teardown and redevelopment, but a judge recently sided with White Flint’s owners and ordered D&B to move out within 30 days. P.F. Chang’s is expected to follow suit before year’s end, moving to a new location that hasn’t been announced yet. That will leave Lord & Taylor, which owns its own building, as the only White Flint store still standing.