Where’s the beef on Falls Road?

The Corned Beef King food truck that parked along Falls Road last weekend will soon be a familiar sight: Truck owner Jon Rossler has signed a lease to operate from the parking lot of the Copenhaver Swim Club. Rossler, who learned the food business working at his family’s Celebrity Delly restaurants, will offer a rotating menu that includes pastrami, turkey, brisket, hot dogs, knishes, matzoh ball soup, bagel-and-lox sandwiches and more. The food isn’t cheap: most sandwiches cost $10 to $14, plus a few bucks for sides and Dr. Brown’s sodas. Rossler also operates a full-service Corned Beef King restaurant in Olney, and he’s working on a second location in The Kentlands (click here for his website). “I grew up here,” he says. “I know the area. I know the people. If you’re mediocre, you’re not going to make it here.” The Corned Beef King truck will operate Wednesdays through Sundays from 11 a.m. to 8 p.m. — along with “guest trucks” on weekends, starting with Go Fish and Hardy’s BBQ. Update: Right after we sent out this report, the Corned Beef King had to move his truck. See our 12/11 issue for more. 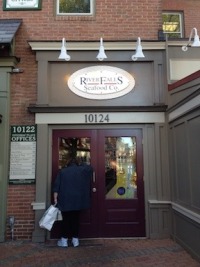 River Falls Market, which closed two months ago after the bitter breakup of owners Jeff and Ashley Grolig, may be on the comeback trail. Some former customers received a postcard this week promising that the market was “coming back soon” — under new ownership and management — but with the “same great quality, same great flavors, same great smiles.” That’s going to be a difficult feat, since much of the market’s staff is now working across the street at Potomac Grocer. Click here to read more about the October saga. And stay with us to find out what happens next. 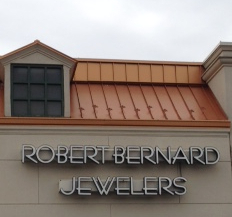 Robert Bernard Jewelers, a fixture for 10 years at the Potomac Woods Plaza off Montrose and Seven Locks Road, is closing up shop after the holidays. Co-owner Robbie Rosin is moving to California, but his partner George Kaufmann is looking to open a new store in Potomac next year. “My son Corey, who is studying to be a gemologist so he can work with me, will be the third generation of Kaufmanns in this business,” he says. “My father owned Kaufmann Jewelers in D.C — first on G Street and later on M Street — and I used to go and help out on Saturdays. So with the new store, I’m going back to my roots. We’re probably going to call it Kaufmann Jewelers — or maybe Kaufmann & Son.” 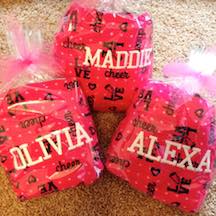 Congratulations to Store Reporter reader Amy Pogorelc, who scored a gift bag for her daughter from Jodi’s Jamboree: Sugar Lips leggings, a Scout bag, a Next Level hoodie and Boxercraft pajama pants. For everyone else who’s shopping for a teen girl, there’s still time to put together a gift bag of your own: Jodi’s Jamboree is offering Store Reporter readers 20 percent off their total purchase. Click here for our coupon, which is good though Dec. 31st. 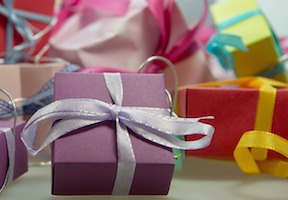 Black Friday was a little less green than usual this year, with both physical stores and online retailers reporting disappointing sales. Although the numbers picked up on Cyber Monday, some reports indicate a drop from last year in total spending for the holiday weekend — despite the fact that many retailers opened their doors on Thursday night before the pumpkin pie was even on the table. Although there was some backlash against that strategy, it appeared to work out for Westfield Montgomery Mall where the doors opened at 6 p.m. and the parking lot was packed by 8.