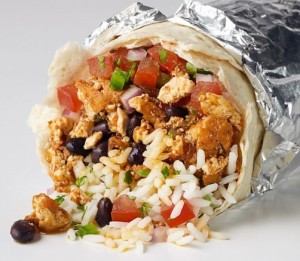 Chipotle in Potomac Village: Yes or no?

In our Feb. 4 debut issue we reported that Chipotle was heading to Potomac Village, taking over the former Chicken Out space next to Starbucks. But two months have passed now, and that still-empty storefront has seen little action beyond the parade of caffeinated burrito lovers sadly pressing their noses against its window. Meanwhile, Store Reporter has lost count of how many times she’s been emailed, texted and stopped on the street by people who want to know: Is Chipotle still coming? So she checked. And the answer is still yes. But it won’t open in early spring as originally planned; probably closer to late May or the beginning of June. 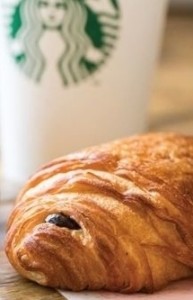 In with the new at Starbucks

If you stopped at Starbucks this week, you may have noticed that all the baked goods have suddenly been replaced by a new menu from La Boulange, a gourmet bakery that was acquired by Starbucks in 2012. In other parts of the country where the new menu was rolled out earlier, customer complaints led to the return of a few old favorites like pumpkin bread and lemon loaf cake. And it appears the reception in this market has been decidedly mixed as well: A half-dozen local baristas told us that only the chocolate croissants are getting universally great reviews. So: What do you think of the new Starbucks menu? Tell us your thoughts on Store Reporter’s Facebook page. 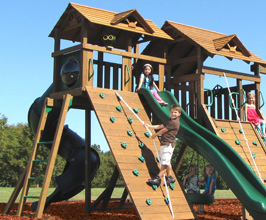 Creative Playthings, the Virginia-based manufacturer of backyard playgrounds, has moved its swings and slides to a new home at Rockville’s Congressional Plaza. The shopping center location marks a new strategy for the company, which previously operated out of a Gaithersburg warehouse space. But the departure of Harry & David opened up a prime spot at Congressional, which caters to families with tenants like The Children’s Place, Child’s Play and Cartoon Cuts. “We certainly are getting a lot of traffic at this location,” says Creative Playthings store manager Dale Rawlings. “All the kids are coming through and pointing us out to their parents.“