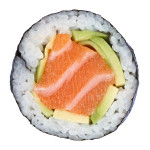 Chipotle and sushi to Montgomery Mall

Westfield Montgomery Mall has added two more restaurants to its fall lineup. Chipotle, which made its debut in Potomac Village this week, will soon be joining the party at the mall’s newly renovated food court. And CRAVE, an upscale eatery with an elaborate sushi bar and wine list, will open on the mall’s lower level near Bobby’s Burger Palace and Cheesecake Factory. This will be CRAVE’s tenth restaurant. To catch up on news about other new eateries coming to the mall, see our Feb. 20 edition (Blaze Pizza), May 8 edition (Cava Grill) and May 29 edition (MET Restaurant Group).

Now that the hot weather is officially here, Starbucks has rolled out two summertime drinks from its Teavana line: Blackberry Mojito Tea Lemonade and Peach Green Tea Lemonade. Soon the menu will also include hand-crafted sodas mixed to order in snazzy new Fizzio machines, which arrived in Starbucks’ southern stores this week. It’s all part of the chain’s plan to diversify its drink menu beyond coffee. Reception to the Teavana line has been largely positive, local baristas tell us — except for the Oprah Chai Teas, which don’t seem to be doing much business. Of course, drink trends can vary quite a bit from store to store. At the Starbucks in Congressional Plaza, for example, iced coffee is king. But at Westfield Montgomery Mall home to roving mobs of teen girls — it’s all about the Frappuccino. 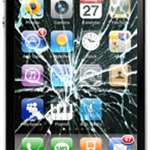 RadioShack looks for a fix

RadioShack, which is struggling to stay in business in the wake of rapidly declining foot traffic, is trying something new to lure customers into its stores: “Fix It Here” repair stations for Apple and Samsung mobile devices. The Westfield Montgomery Mall store is among the first to offer repairs for cracked screens, broken buttons, water damage and battery issues; cost ranges from $80 to $199.99. “People can go shopping, come back and have virtually a brand new phone,” says repair tech David Flores. Repair services are not yet available at the RadioShack stores in Rockville or the Cabin John Shopping Center, but there are plans to expand the program later this year. They’d better move quickly: RadioShack’s stock, which once traded for $76 per share, dipped below $1 this week as bankruptcy rumors swirled. 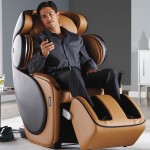 Speaking of bankruptcies, Brookstone is expected to emerge from Chapter 11 after this week’s sale to a Chinese retail conglomerate. The upscale gadget chain was supposed to be sold to the parent company of Spencer’s gift shops, but the Chinese buyers offered more money and are planning an international expansion. Only one or two Brookstone stores are expected to close nationwide. The Montgomery Mall store is not on that list.