Cava at the mall

The list of new restaurants coming aboard at Westfield Montgomery Mall just keeps getting more interesting. The latest addition is Cava Grill, a quick-serve version of the local Mediterranean chain that will open this summer in the newly renovated food court. Food will be served assembly-line style: Start with a salad or pita bread, then add fresh toppings, dips and a protein like lamb or falafel. “This location will have its own wood-fired oven for pita, roasted meats and vegetables made fresh every day,” says Cava co-founder Ted Xenohristos. “We’ll also have freshly pressed vegetable and fruit drinks, with flavors that change all the time according to what’s fresh and local.” And the restaurant will stay open late to capture moviegoers from the nearby ArcLight Cinema. “We got really excited when we learned about the new movie theater,” he says. “There are so many things happening at the mall that are going to make the atmosphere more lively.” 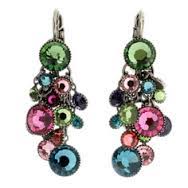 Just as Cava Grill is moving into the mall’s food court, several stores right around the corner have moved out. Say goodbye to Konplott and Temptations, former next-door neighbors on the second floor across from Starbucks. Konplott, which opened in 2011, had been the first U.S. location for a glass and crystal jewelry line that’s been very successful in Europe. Temptations also sold jewelry and women’s accessories. And GameStop has closed its tiny store near the food court as well, although a larger GameStop store next to Nordstrom will stay in place. With a bit of reshuffling among the shops that remain near the food court, it looks like the mall is consolidating space for a large corner storefront just outside Macy’s. No word yet on who might be moving in. But it could be a perfect location for the famous jewelry store that’s rumored to be in talks with Westfield Montgomery.

Office Depot says it will close 400 locations over the next 24 months — part of the fallout from last year’s acquisition of OfficeMax — but we’re told the Shady Grove Road store will not be on the chopping block. Sales at that location have been consistently strong, a manager said — strong enough, in fact, that the company would like to open another store in Rockville. There used to be an Office Depot at the intersection of Rockville Pike and Twinbrook Parkway, but it closed not long ago to make way for a Walmart that never happened.