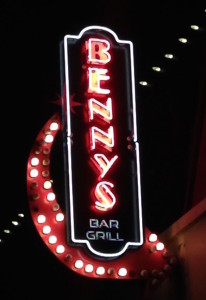 Lahinch, the new restaurant moving into the Benny’s Bar & Grill space at Cabin John Shopping Center, will not be opening next month as originally planned. Owners Barry Nolan and Chris Hughes say they’re still finalizing their lease, with tentative plans to take over the space on New Year’s Day and open around the end of February. Lahinch, named after a famous golf course in Ireland, will offer a mix of locally sourced American-style dishes and traditional Irish entrées like lamb stew, fish-‘n-chips and corned beef with cabbage. Hughes knows his way around an Irish menu: He opened the Irish Inn at Glen Echo 12 years ago, and before that he ran the Four Provinces pubs in D.C. and Falls Church. 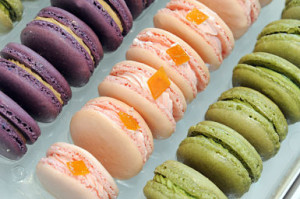 Rockville bakery is fresh out of the oven

Just a few weeks after its opening in downtown Rockville, Lavande Patisserie on North Washington Street is already earning kudos from our readers. The tiny bakery is aiming to be “that neighborhood place where you can always pop in for hand-crafted baked goods and the best coffee you’ve ever had,” says co-owner Andrew Liang, who left an IT career to start the business with mom Julie Yi. Lavande specializes in custom cakes, seasonal breads, sandwiches and desserts; coffees are nitro-brewed and can be infused with the bakery’s signature lavender flavor. Most ingredients are either locally sourced or imported from Europe, like the croissants made from French flour and Valrhona chocolate batons. You can find Lavande at 275 North Washington Street, a few blocks north of Rockville Town Square, in a newly opened shopping center whose other tenants include Kung Fu Tea and Quickway Hibachi. 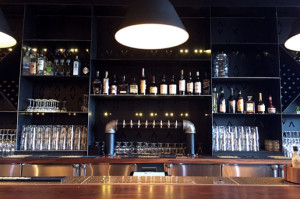 Cava Mezze, the restaurant chain that got its start on Traville Gateway Drive almost a decade ago, opens its fifth location today (12/17) in Olney at 3122 Olney Sandy Spring Road. The new place features a 20-seat bar with a focus on D.C.-area breweries and quirky cocktails like the Rabbit Hole, made with fresh juiced carrots, apple, ginger and bourbon. The restaurant also will highlight some exclusive menu items from chef/owner Dimitri Moshovitis, including a pork souvlaki entrée with orange herb gremolata. Cava Mezze is the big sister to the quick-serve and fast-expanding Cava Grill chain, as well as Sugo at Park Potomac and Brusco in Baltimore. 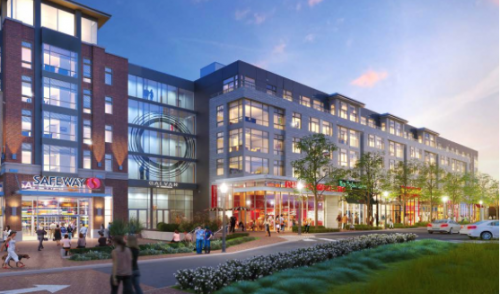 New Safeway opens on the Pike

The Galvan at Twinbrook project took a step forward last week with the opening of its first tenant, a 62,000-square-foot Safeway store along Rockville Pike near the Twinbrook Metro station. Other businesses scheduled to open soon include Smashburger, Capriotti’s Sandwich Shop, Dunkin’ Donuts, a Pie 360 pizza restaurant and Floyd’s 99 Barbershop. And the Ethan Allen Design Center, which once stood at that spot, will be moving back after two years at a temporary location elsewhere on the Pike.