Behnke Nurseries, a fixture in Potomac for 16 years, will close its River Road location at the end of the July 4th weekend. Behnke vice president Stephanie Fleming, whose grandparents started the company in 1930, says the Potomac lease was up for renewal “and the cost of staying on that property simply didn’t make business sense anymore.” Fleming says she hopes Behnke’s loyal customers will consider making the half-hour trip to its flagship location in Beltsville, where they’ll find “eleven acres with plenty of parking, greenhouses under cover, and lots of seminars and events.” 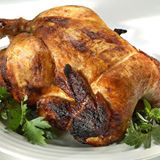 Chicken Out is really out

We hate to be the bearer of more bad news – especially after last week’s report on the demise of Vince & Dominic’s Pizzeria  — but it looks like the once-thriving Chicken Out chain has officially flown the coop. Once an ambitious company with multiple D.C.-area locations and plans for a national expansion, Chicken Out struggled in recent years with the direction of its menu and other issues. The company filed for Chapter 11 bankruptcy protection in 2011, changing hands in 2012 to a new owner who spoke of opening more locations at a rapid pace. But things didn’t work out that way: The last remaining Chicken Out closed earlier this year, and the company’s phone numbers don’t work anymore. 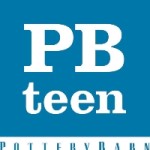 Pottery Barn back to Bethesda

Pottery Barn and Pottery Barn Kids, which exited the White Flint Mall last winter for the Mazza Gallerie in Chevy Chase, will be moving back to Bethesda in 2015. The two stores — and possibly PBteen as well — will share a brand new home on the ground floor of The Darcy, an upscale condo building under construction on Bethesda Avenue. This would be the second PBteen store in the D.C. area; the first makes its debut next week at Tysons Corner Center in Virginia. So if your daughter has her eye on on that aqua and hot pink floral bedding set from the PBteen catalog, take a tip from Store Reporter: Check it out in person before you plunk down your $250. 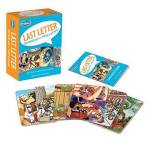 Store Reporter has been reviewing Last Letter, a new word game by ThinkFun that’s perfect for your summer family vacation. What we love about this game: It’s easy to learn, each round takes just a couple of minutes, and there’s no waiting around for somebody else to take a turn. (However, all players must be old enough to spell.) Congratulations to Sharon Morris, who won Store Reporter’s raffle for a Last Letter game of her own. Follow us on Facebook to enter your name in future raffles.