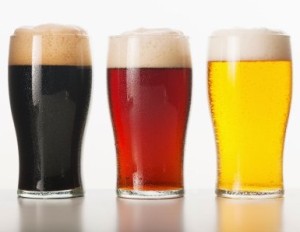 Better beer is near

Beer connoisseurs will be happy about the latest announcement from Pike & Rose: Plans are underway for a beer garden and restaurant that will open in mid-2015. The still-unnamed concept is being developed by the parent company of such well-regarded regional restaurants as Vermilion in Alexandria, Tallula in Arlington and the beer-focused Birch & Barley in Washington. Pike & Rose, the downtown-style development that’s planned for Rockville Pike and Montrose Parkway, is building an impressive roster of nightspots. Read more in our February 27th issue.

LiquidBLUE Denim Boutique, specializing in high-end jeans and accessories, will open next month in Rockville Town Square next to Toy Kingdom. It’s the second location for LiquidBLUE (the first is in Fulton, MD), which carries brands like Hudson, Citizens of Humanity, AG, Current/Elliott and True Religion. Much of the inventory is priced in the $150-to-$200 range, with styles for both sexes. “We carry mainly Californian lines because they use the best fabrics,” says owner Jo Akin, who hired a stylist from Harrods in London to run the new store. Akin isn’t the only one betting that our area has an appetite for pricey jeans: True Religion will open its own store this summer at Westfield Montgomery Mall.

Give your gadgets a chance

Cracked the glass on your iPhone screen? GadgetFixCenter will be happy to come to the rescue. The tiny shop just opened at Congressional Plaza in Rockville, on the lower level beneath Starbucks. Owner Martin Yargov handles cell phones, tablets and computers with a range of problems including battery issues, chip replacements, lost passwords and spills. “I’ve got an 85 percent success rate with liquid damage,” he says.

Safeway and Albertsons have announced plans to merge in a $9.4 billion acquisition deal that will create a combined network of 2,400 supermarkets. But the deal is unlikely to have much impact on Safeway customers here. Albertsons, which has no presence in Maryland, says it will probably leave those Safeway signs intact after the merger.