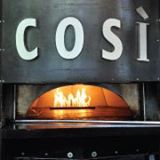 If you missed our recent Facebook updates (it’s tough to compete with all those summer vacation photos and ice bucket challenge videos), you may be surprised to find out which of our local businesses didn’t survive the summer. Read on for a rundown of who’s out — and who’s coming in. Let’s start with downtown Rockville, which has lost at least five tenants since June: Oro Pomodoro, Cosi, Pho & Rolls, Hair Cuttery and Carbon Peruvian Chicken. Capital One Bank will close its Gibbs Street branch in October. And Potomac River Running, with seven stores in Virginia and one in D.C., will say goodbye to Maryland when its Rockville store closes later this month. “You can only sustain losses for so long,” says co-owner Brendan Shapiro. “There’s a strong running community in Montgomery County, and we had some really loyal and valued customers; we just didn’t have enough of them.”

Wondering who else didn’t make it to Labor Day this year? Orange Leaf at the Cabin John Mall, for one. Ditto for The Original Ambrosia, the Greek restaurant at Montrose Crossing, which closed in June but is working on a new location. And Dave & Buster’s vacated the White Flint Mall in August following its failed attempt to halt demolition of the property.

Two new restaurants on the way

We have at least two pieces of good news on the Rockville restaurant front. Chinese chef Peter Chang, who’s earned a cult following for his Virginia restaurants, will open one next year in Rockville Town Square. (Sample dishes: Duck in Stone Pot and Grandma’s Steamed Pork Belly.) Meanwhile, Clyde’s will get some competition on Tower Oaks Boulevard next year with the arrival of Stanford Grill, an award-winning steak-and-sushi place with another location in Columbia. With indoor/outdoor seating for 400 – including a sushi bar, bakery, private dining room and live nightly entertainment — the massive space also will provide a much-needed new party venue for our area.

Big fall for the mall

Here’s a snapshot of the ArcLight Cinema under construction at Westfield Montgomery Mall, which Store Reporter recently had the chance to tour. Instead of a traditional box office (not necessary, since seats are reserved online), the lobby will post movie times on a “departure board” patterned after vintage train stations. We also got a glimpse of the theater’s 16 auditoriums, ranging from 100 seats (for classic and indie films) to 300 (for blockbusters). ArcLight, based in California, prides itself on attending to the details of a rich moviegoing experience. “We present our films the way filmmakers want them to be presented,” says VP Gretchen McCourt. The theater, is scheduled to open in late October.