This is an exciting time for local movie lovers. Two posh new theaters are set to open nearby in the next few weeks, bringing some fresh options for dinner-and-a-movie dates. Both will offer plush surroundings, high-end bar and food service, online ticket ordering (priced a few bucks higher than other theaters) and extra-comfy seating in the location of your choice. Which will be your favorite?

At the iPic Theater, opening at Pike & Rose on Halloween night, food is clearly a star of the show. The Florida-based company recently hired chef Sherry Yard, a veteran of Wolfgang Puck’s famed Spago restaurant, to helm its food operations. Yard is developing menus for City Perch Kitchen + Bar, an upscale restaurant that will adjoin the new theater, as well as a more casual eatery inside. Moviegoers who reserve iPic’s priciest seats — leather recliners complete with pillows and blankets — can order from a special touch-screen menu and have their food delivered by black-clad “ninja” waiters. Pike & Rose, under construction at Rockville Pike and Montrose Parkway, is rolling out a bunch of new restaurants in the next few months. City Perch will debut in mid-November. Click here for details. 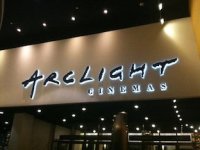 ArcLight, opening Nov. 7 at Westfield Montgomery Mall, is a California-based company with roots in the movie industry and a dedication to showing films the way their directors intended. Each screening will start with a live “greeter” offering details about the movie and a reminder about cell phone etiquette. Commercials are banned. Trailers are limited. Late arrivals are not permitted. And great care is taken to reduce distractions from ambient light and sound. Q&A’s with actors and directors, which are hosted periodically at ArcLight’s California theaters, will be live-streamed to the Bethesda location. “After the movie ends and the lights come up, the audience here will be able to live-tweet questions to the moderators,” says ArcLight VP Gretchen McCourt. “We love things that give our guests a deeper look into moviemaking.” Click here for details on ArcLight, and see our Facebook page here for a look at some photos from our preview tour. 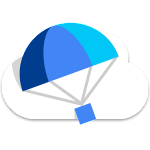 Google Express: Is it here yet?

There was lots of hoopla this week over the D.C. expansion of Google Express, a new shopping service that provides same-day delivery from stores like Target, Whole Foods, Staples, Barnes & Noble and Costco. (Click here to see how it works.) Washington is among the first cities to get Google Express, which is priced at $95 per year to compete directly with the flat-rate two-day shipping deal offered by Amazon Prime. Store Reporter, for one, got ridiculously excited at the thought of having somebody else drive to Costco and haul that giant tub of laundry detergent right to our doorstep. So we are very sorry to deliver this news: Google Express is not making the rounds to Rockville, Potomac or Bethesda. Yet.

Kiehl’s in, L’Occitane (temporarily) out at the mall

The empty center storefront on the first floor of Westfield Montgomery Mall finally has a new tenant: Kiehl’s is set to move in this winter, offering a full line of skincare products for men and women. Coincidentally (or maybe not), the French skincare company L’Occitane En Provence has chosen this time to close its Montgomery Mall store for a month-long facelift. And while the openings of Lululemon and True Religion grabbed all the attention at the mall these past few weeks, two smaller shops also quietly joined the lineup: Specs New York sells designer sunglasses (first floor next to the future Kiehl’s space) and Allure sells formal dresses (second floor near Macy’s Home).